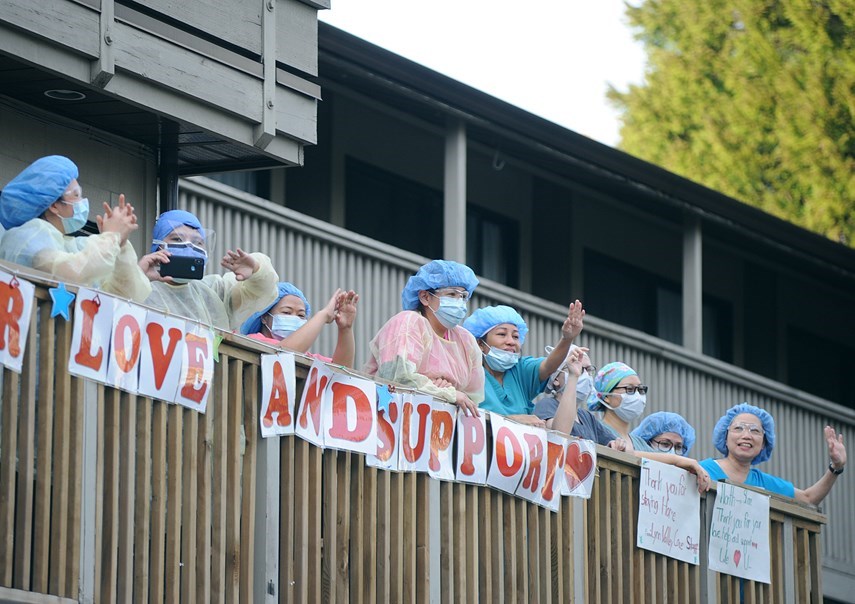 The awards are presented annually by the B.C. and Yukon Community News Media Association and recognize the best work produced by its 93 member newspapers, which have a combined readership of close to two million.

The News was a finalist for 10 awards, and picked up two golds.

Reporter Jane Seyd won gold in the Business Writing category for her story written in early 2020 on how skyrocketing property assessments were putting pressure on local businesses.

Photographer Paul McGrath also took home gold for his spot news photo of a memorial and gathering for a North Van teen who tragically died in a car crash in West Vancouver.

Reporter Martha Perkins received a silver Neville Shanks Memorial Award for Historical Writing for her piece on the origins of Garibaldi Park Reserve, known as Nch’ḵay̓ by the Squamish Nation.

In the Environmental Initiative category, reporter Brent Richter took home bronze for his story about Lucky the owl, who survived being poisoned twice in three weeks before being released back into the wild.

Sports reporter and columnist Andy Prest also was awarded bronze for his story on tennis star Grant Connell’s road to recovery after suffering a stroke.

And photographer Mike Wakefield nabbed a pair of bronzes, for his portrait shot of a longtime lighthouse keeper on the eve of retiring and spot-news photo of care home workers saluting the community.

Sales and marketing director Vicki Magnison, along with graphic designer Birgit Brunner and the News’ advertising team, took home silver for Explore the Shore, in the Special Section category.

For the fifth straight year, the News was in the running for General Excellence for its circulation class, this year taking home bronze.