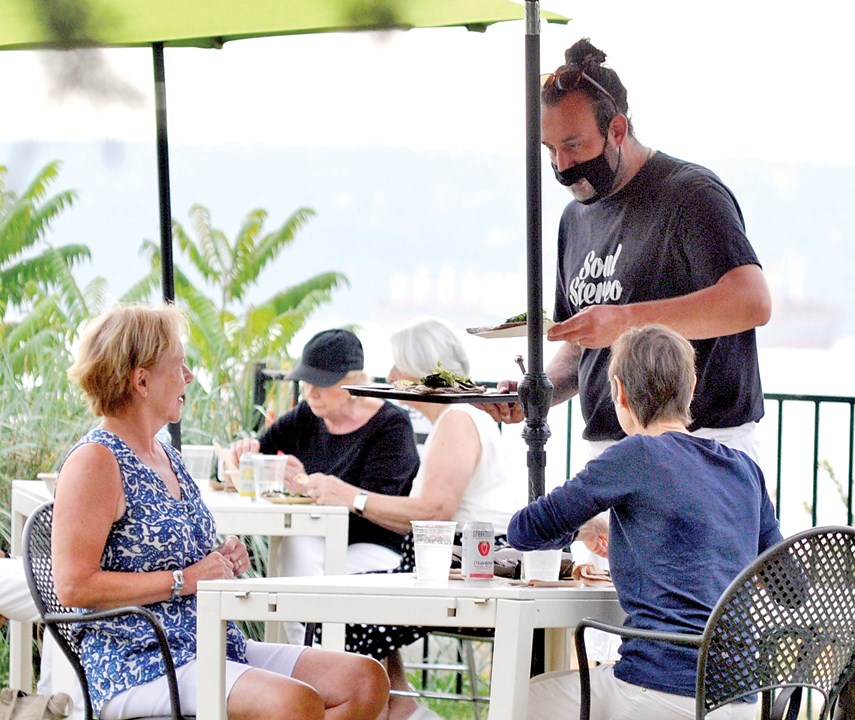 Lunch patrons enjoy an alcohol-free lunch during the Harmony Eats Festival in 2020. This year, visitors to West Vancouver's Millennium Park may be able to grab a bottle of wine with their restaurant takeout and enjoy it in public.Paul McGrath, North Shore News files

The District of West Vancouver is the latest municipality to consider allowing alcohol in public.

Council is expected to vote at their May 10 meeting whether to “allow responsible consumption of liquor” at Millennium Park at the foot of 15th Street in Ambleside.

The City of North Vancouver council made national headlines in 2020 when council opted to become the first Canadian jurisdiction outside Quebec to allow pints in the park. Other municipalities followed and when the pilot ended last fall, CNV council voted to make the change permanent at seven parks.

The hope is that allowing residents and visitors to uncork a bottle or pop a can gives them a safer option to socialize while indoor gatherings are prohibited under COVID-19 public health directives, said Christie Rosta, cultural services manager for the District of West Vancouver.

“It’s also to support our local businesses so that they can provide takeout and a bottle of wine with their takeout, and their customers can come to an outdoor safe space to enjoy their meals,” she said. “We're just really pleased to have something positive to bring the community together with over the summer months.”

District staff are proposing Millennium Park because it is the centre of the Harmony Arts Festival, and the district and residents are accustomed to social events being held there, Rosta said.

“It was sort of an obvious choice,” she said. “They’ve come here in the past and enjoyed a glass of wine on the waterfront.”

Local restaurants that participated in the Harmony Eats Festival in 2020 were let down by the provincial government’s refusal to allow liquor licences for the festival and the pilot project has the blessing of the Ambleside and Dundarave Business Improvement Association, the district staff report notes.

Staff estimate it will cost $20,000 to run the pilot project between now and its expiry on Oct. 31, with funds going toward portable toilets in Millennium Park, signs specifying in which area alcohol is allowed and additional garbage and recycling pickup services.

It will fall to West Vancouver police to come in and enforce if things get out of hand, but based on North Van’s experience, Rosta is not anticipating much trouble.

“We also have learned a lot from our neighbours in North Van who have also piloted the project,” Rosta said. “The West Vancouver Police Department reached out to the North Van RCMP. They learned that there was generally no major concerns in the designated parks… “I think it will be really well received by the citizens of West Vancouver.”