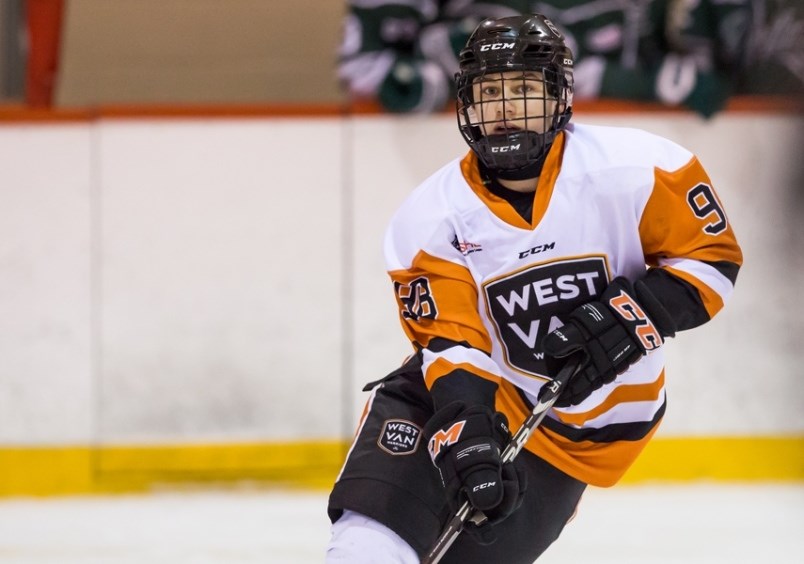 North Vancouver phenom Connor Bedard is an alumni of the West Van Hockey Academy. The academy will be back in business for the 2021-22 season after a one-year hiatus from the Canadian Sport School Hockey League. photo Garrett James

On Wednesday (March 3) the Canadian Sport School Hockey League announced that the West Van academy was approved to rejoin the league for the 2021-'22 season.

The academy appears to be back on track after a split with the West Vancouver school district last winter put the program on ice for the 2020-'21 season. The academy was formerly associated with Sentinel Secondary in West Van, but the school district ended that relationship in early 2020 citing “concerns about academic success, and other challenges such as student programming and scheduling as well as the increased enrolment at Sentinel.”

A tentative agreement was then formed with the North Vancouver School District to house the program at Deep Cove’s Seycove Secondary starting last fall, but that move faced opposition from members of the tight-knit Seycove community and was ultimately scuttled when COVID-19 hit and the school district said they could not perform proper public consultation in time to make a final decision.

Today’s announcement states that the hockey academy – still listed as the West Van Hockey Academy – will field four teams starting this fall: U15, U15 Prep, U16 Prep and U18 Prep divisions.

“We are very pleased to be returning to the CSSHL, a great league committed to education-based hockey,” stated West Van Hockey Academy founder and director Nathan Fischer in the release. “The focus of the West Van Academy is to provide quality hockey, academic, leadership, and personal development for our student athletes. We are excited to enhance our program with the dedicated and progressive education model that North Shore Academy offers.”

The West Van Academy was founded in 2015, offering high-level hockey players, from the North Shore and far beyond, a place to play and train in an academic setting. The most famous alumni of the program is North Vancouver’s Connor Bedard, the first player in WHL history to earn exceptional status as an underage player. Bedard is set to make his WHL debut with the Regina Pats later this month.