The organization will see both salaries and the number of regular season games increase after signing a 10-year Professional Development League agreement with the Canadian MLB team.
Feb 12, 2021 2:05 PM By: Megan Lalonde 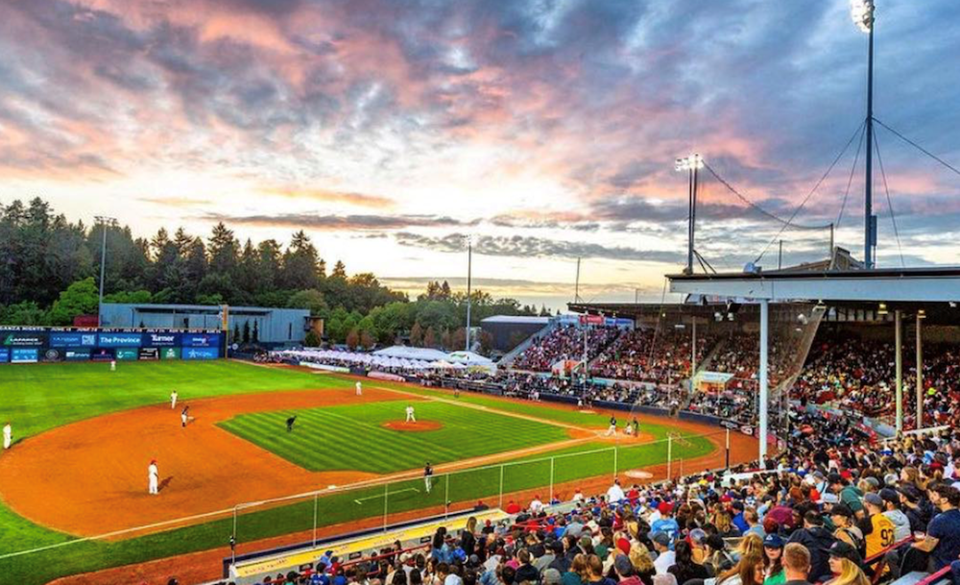 When the Vancouver Canadians return to action at Nat Bailey Stadium this year, they'll be doing so as the Toronto Blue Jays' newest High Single-A affiliate in a reclassified Northwest League.

The Canadians have signed a Professional Development League Agreement with Canada's only Major League Baseball (MLB) team, the organization announced Friday. The agreement will see the Vancouver team continue their affiliation with the Toronto Blue Jays, while simultaneously rising in rank: previously listed as the Jays' Class A Short Season affiliate, the Canadians will become Toronto's Single-A affiliate amidst a reorganization of minor league baseball.

As part of this reorganization, minor leagues teams like the Canadians will soon enjoy 38 to 72 per cent increases to player salaries, modernized facility standards and a reduction in travel for games, MLB explained in a news release issued Friday.

The change in classification for the Canadians means they'll be the only team based north of the 49th parallel to play in a newly formed High-A West League. The six-team league is set to include the Eugene Emeralds (affiliated with the San Francisco Giants), Everett AquaSox (Seattle Mariners), Hillsboro Hops (Arizona Diamondbacks), Tri-City Dust Devils (Los Angeles Angels), and Spokane Indians (Colorado Rockies).

As part of this designation, the Canadians have also been promoted to a full season, which will see their number of regular season games increase from 76 to 132 in a typical year.

"As a result of the higher level, there will be higher level of baseball played at Nat Bailey Stadium from April to early September," the team explained in a release. MLB is reportedly still working to develop a schedule for the 2021 season, though an announcement is expected to be made in the near future.

The Canadians are one of 120 minor league baseball clubs across the continent that have accepted MLB's offer to become Professional Development League license holders.

“We are excited to unveil this new model, which not only provides a pipeline to the Majors, but continues the Minor Leagues’ tradition of entertaining millions of families in hundreds of communities," said MLB commissioner of baseball Robert D. Manfred, Jr. in the release. "In modernizing our Minor League system, we prioritized the qualities that make the Minor Leagues such an integral part of our game while strengthening how we develop professional athletes on and off the field.”

The Vancouver Canadians have been affiliated with the Blue Jays since 2011, after their affiliation with the Oakland Athletics came to an end in 2010.

👋 Hey @BlueJays...who you going to call? We are all ready for some baseball! #WeAreBlueJays pic.twitter.com/IIe6aWRsu6