Teck BC Championships coming to Whistler 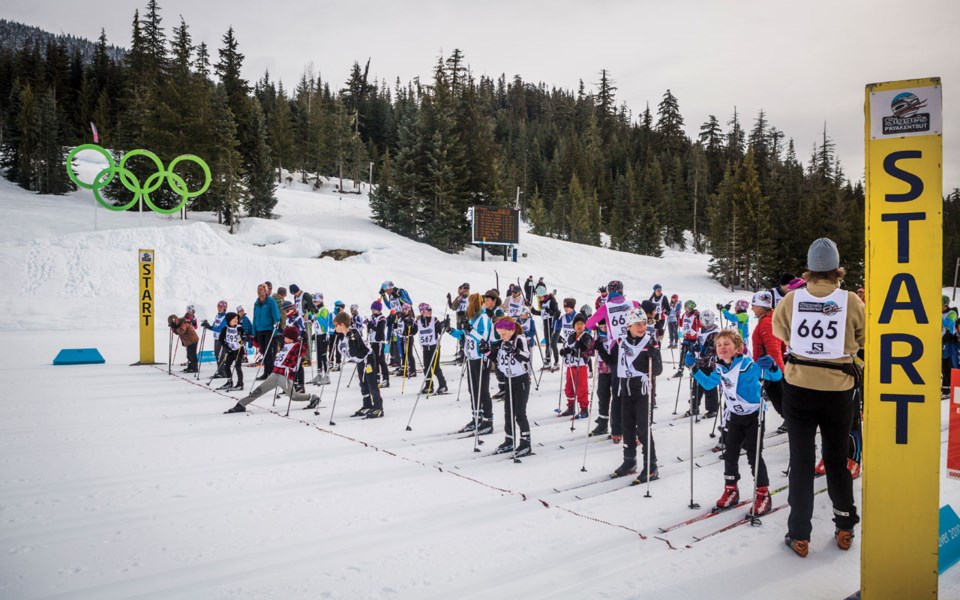 Cross-country action will return to Whistler Olympic Park with the Teck BC Cross-Country Championships in March. The 2019 Coast Outdoors P’ayakent’sut is shown here. Photo by Justa Jeskova/Tourism Whistler

The Black Tusk Nordic Events Society announced on Jan. 4 that it will host the Teck BC Cross-Country Championships at Whistler Olympic Park from March 20 to 22.

The whole Nordic season has been in turmoil because of the COVID-19 pandemic, as Black Tusk was originally supposed to host the NorAm World Jr/U23 Championship Trials this weekend, from Jan. 7 to 10. When Nordiq Canada pulled the plug on trials in late November, the group downsized the event into a BC Cup contest, which was subsequently postponed. Black Tusk chair Norm Laube said on Jan. 4 that the group hopes to have clarity regarding the event in the coming weeks.

Laube added that Black Tusk, by landing the provincials, is thrilled to plan to host something larger than a regional event after all.

“Our competition committee and our organizing committee, we were all geared up to put on the World Junior trials, which would have happened this coming weekend,” Laube told Pique on Jan. 4. “With that not happening, we’re glad that we’ve got the provincials to focus on for the teams.”

Nordiq Canada announced on Dec. 23 that two Sea to Sky athletes, Whistler’s Benita Peiffer and Pemberton’s Joe Davies, will compete at the FIS World Nordic Junior and U23 World Ski Championships in Finland as part of the U23 and junior teams, respectively.

In other local Nordic news, Whistler Olympic Park was successful in its application to the Federal Gas Tax Community Works Fund in partnership with the Squamish-Lillooet Regional District for a $150,000 snowmaking grant. Laube hopes to have the technology installed for next winter, as the group is set to host the FIS Cup Ski Jumping / Continental Cup Nordic Combined contest in December. Also on the horizon are the Canadian National XC Championships and the FIS World Nordic Junior and U23 World Ski Championships in 2023.

For more, pick up Thursday’s Pique or go online to piquenewsmagazine.com.