Playing through: Argyle's Gabbie Francis ready to take her shot with Carleton Ravens

Pipers star navigates the tricky jump to university basketball in the COVID era
May 2, 2021 2:58 PM By: Andy Prest 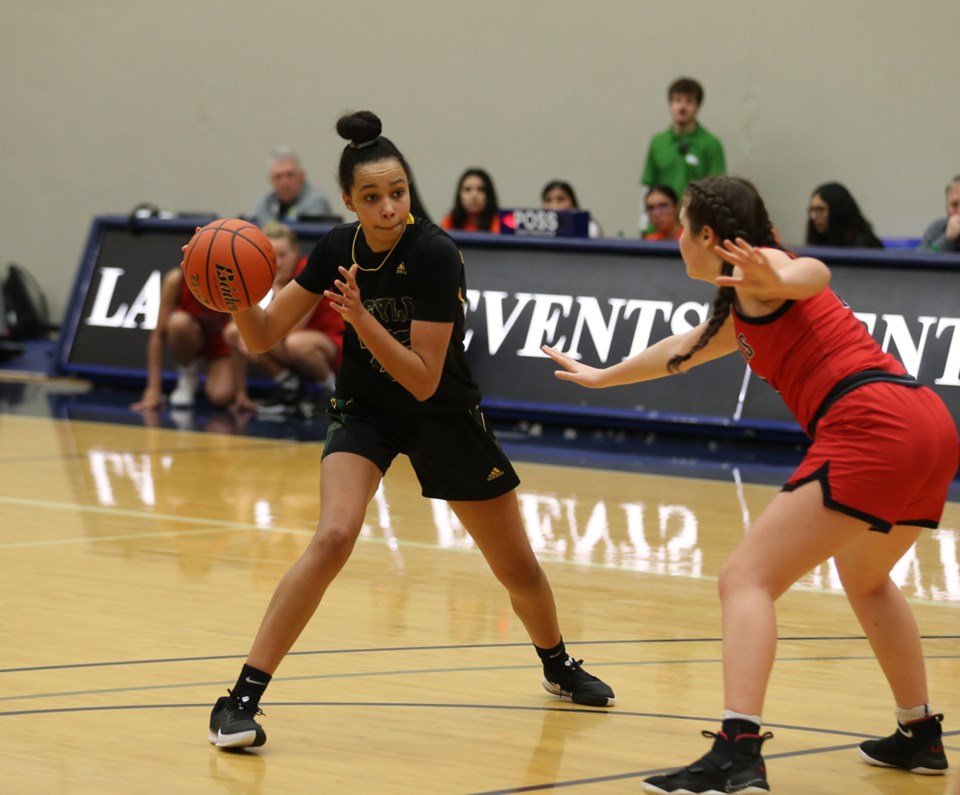 Argyle Secondary Grade 12 student Gabbie Francis counts herself lucky amongst basketball players in the COVID-19 era because she actually got to play competitive games against an opponent.

“She's the only person in the province who I can actually play against,” said Gabbie, adding that the one-one-one matchups are getting fiercer as Nathalie, a Grade 9 student, continues to grow.

“It gets intense for sure,” said Gabbie with a laugh. “It’s getting harder now because she’s growing up and she’s now the same height as me. I can’t just shove her over, which is obviously upsetting.”

Other than those sibling rivalry matchups, however, Francis has been in the same situation as most other players, trying to stay sharp and strong with gym work and weightlifting while unable to play real games through much of the pandemic. Francis was set to star for the Argyle Pipers senior team this season, but they haven’t been able to play a single game.

She also, like many other young athletes, has been forced to navigate the jump to the post-secondary level while facing previously unheard of obstacles due to the pandemic. Francis said she caught another piece of good luck in that she started her recruitment process early, while she was still in Grade 10, so a lot of the groundwork was laid before the pandemic hit near the end of her Grade 11 season. The process, however, was still thrown off course in ways she couldn’t have imagined.

Before COVID hit, Francis had narrowed her choice to three U Sports schools: Queen’s University, Simon Fraser, and the University of Victoria. Things changed last spring, and not just because of COVID. The UVic head coach, Dani Sinclair, took a new job as the head coach at Ottawa’s Carleton University, and Sinclair asked Francis if she’d be interested in joining her in making the move to Ontario.

This is where things got a bit tricky for Francis, as she couldn’t make an official visit to the Carleton campus.

“I've never even been to Ontario,” she said.

But she met with the coaches and a few players on the team through phone calls and Zooms. The closest thing she got to an official visit was when an assistant coach hooked up with her on a FaceTime video call and drove around the campus.

“It was definitely weird,” said Francis. “The assistant coach, I didn't even know her at all either. So it's kind of awkward. But since all the buildings were closed down, I just kind of got to see the outside of it.”

But the Carleton basketball program has a strong reputation, and Francis already had a relationship with the coach, which was enough to convince the power forward to commit to the Ravens without having ever set foot on the campus. She’ll head to Carleton this fall, basically coming in blind to new teammates, a new school, and a new province.

“It's weird, for sure, but it's kind of exciting because it's all so new,” said Francis. “It would be nice to have some idea of what I'm getting into, but they've done a pretty good job kind of preparing me for what's going to happen. … It's going to kind of be like a huge culture shock all at once.”

One more lucky break for Francis is that the move to Carleton works well with her study interests. She’ll be enrolling in the school’s highly regarded political science program.

“I’m interested in federal-level politics,” she said, adding that she’s hoping to secure one of the school’s co-op placements on Parliament Hill as the program progresses. “That would be really interesting.”

On the basketball court, she’s been working throughout the pandemic to get herself ready for the jump to the university level.

“It’s been super focused on how much I can push myself,” she said about training without playing games. “I’ve been working on my strength because I know next term I’ll be playing against 22-year-olds. … It'll be a very different experience because everyone there is going to be so much better, so much older, bigger, stronger. So it's going to be a big jump.”

The "Playing Through" series looks at high-level North Shore athletes navigating the jump from high school to the post-secondary level during the COVID-19 era. Check out this feature on Handsworth diver Sadie Howard, who is headed to Pennsylvania University to compete in the NCAA.