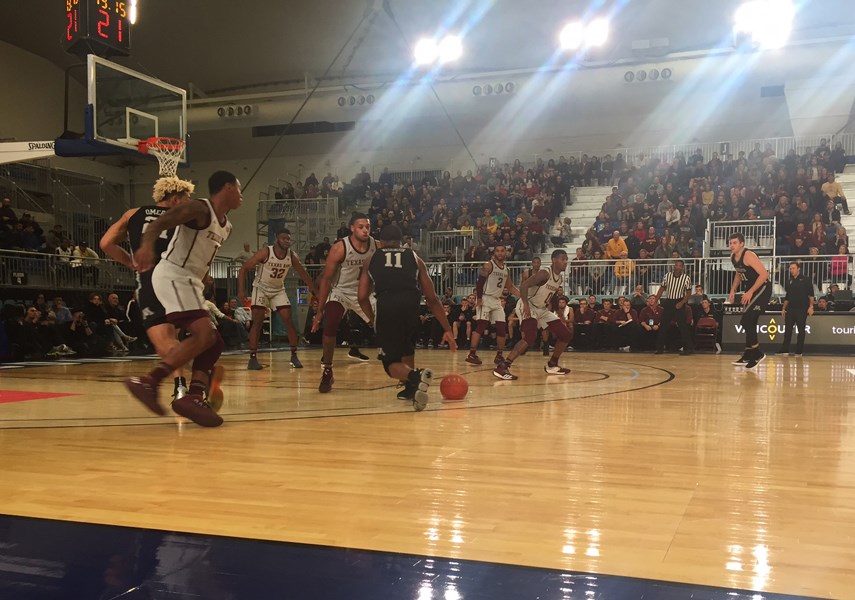 A unique sporting event got underway in the Vancouver Convention Centre yesterday as four NCAA teams played in front of a sold-out crowd on a temporary court in the innaugural Vancouver Showcase basketball tournament.

The Washington Huskies got the ball rolling with an 82-68 win over the Santa Clara Broncos, with UW star guard Jaylen Nowell leading the way with 32 points. Nowell was scorching right from the opening tip-off, scoring 16 points in the first nine minutes as the Huskies took a lead they would never relinquish.

In the second half of Sunday's double-header the Minnesota Golden Gophers held off a tough Texas A&M Aggies team 69-64. Jordan Murphy scored a team-high 14 points and grabbed seven rebounds to help the Gophers finish off the Aggies in a game that saw Texas A&M take the lead with less than two minutes left after trailing for most of the evening. Minnesota's Amir Coffey scored the final five points of the game, all from the free throw line, to seal the win for the Gophers.

The tournament, co-organized by West Vancouver resident and former Canadian national team player Howard Kelsey, will continue Tuesday with Santa Clara playing Minnesota followed by Texas A&M taking on Washington. On Wednesday the men's event will wrap up with Minnesota playing Washington in a matinee. The event will continue Thursday through Saturday with an eight-team women's tournament that will feature Notre Dame and the University of South Carolina, the last two national champions.