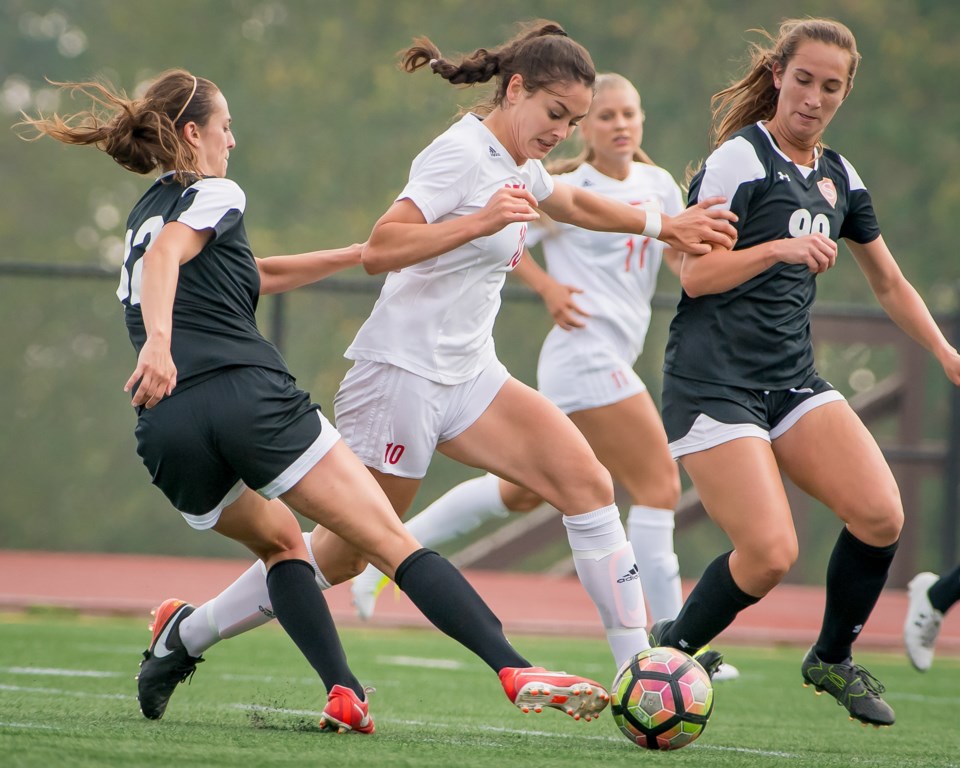 North Vancouver’s Emma Pringle of the Simon Fraser University Clan was named to the GNAC Women’s Soccer All-Conference Team this week after tying for the league lead in goals scored.

Pringle potted 14 goals in 15 games this season, which ranked her 18th amongst all NCAA players. The second-year forward, a Windsor Secondary grad, won the 2016 Freshman of the Year award after scoring nine goals as a rookie, following that up with an even more impressive sophomore season. She has 23 goals in 32 career games through her first two seasons at SFU.

SFU finished the season with a 7-9-0 overall record and 5-7-0 in the GNAC, placing fifth in the conference.