An algae bloom is likely to blame for “red tides” that have hit the North Shore in recent days, potentially pulling local shellfish off the menu.
Jul 18, 2019 12:45 PM By: Jeremy Shepherd 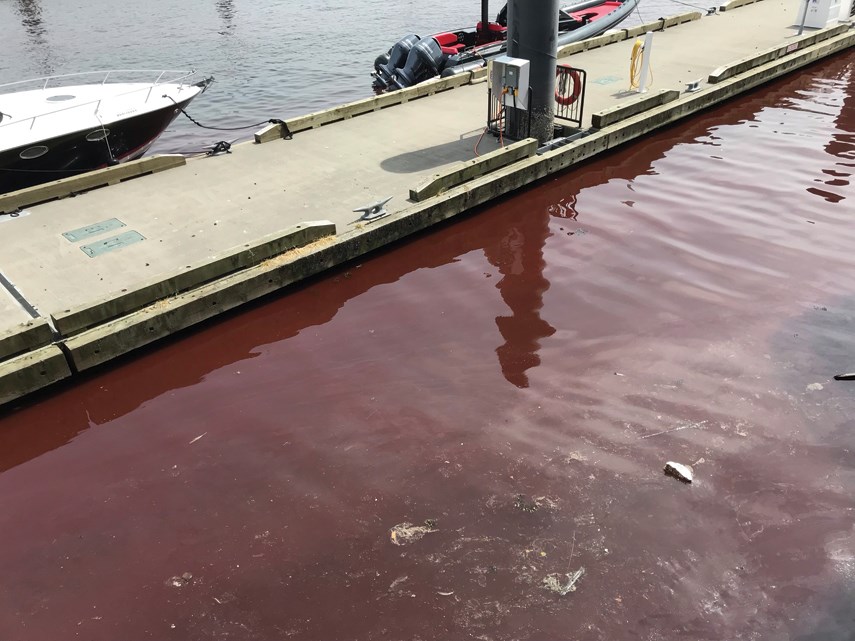 An algae bloom is likely to blame for “red tides” that have hit the North Shore in recent days, potentially pulling local shellfish off the menu.

Following accounts of ruby waters rolling into Deep Cove and near Lonsdale Quay July 14, Fisheries and Oceans Canada senior research scientist Ian Perry is reminding seafood lovers that shellfish sometimes eat the phytoplankton that produce those crimson currents. Subsequently, toxins can accumulate in the tissue of shellfish like prawns, cockles, oysters and clams.

Eating contaminated shellfish can result in paralytic and diarrhetic shellfish poisoning, according to the BC Centre for Disease Control.

The colourful tide is generally not harmful to swimmers, Perry said.

“I don’t think people would want to drink it,” he said. “But it’s not a particular danger to people.”

The recent tide was likely the result of rain and wind creating, “ideal conditions for Mother Nature to show off,” Perry said.

While it’s difficult to make a definitive statement, Perry said he suspected algae blooms have become more common as oceans warm. However, many of those algae blooms aren’t as obvious as the recent red tide.

“Not all phytoplankton blooms are created equal,” Perry said, explaining that some can avoid detection. Perry also expressed concerns that signs about area closures are frequently ignored.

“There tends to be a sense that these signs are up there all the time, therefore they don’t mean anything,” he said.