A North Vancouver man is holding out his own family’s experience as a warning about how easily COVID-19 can spread – even within a close group of relatives – and how potentially dangerous it can be.
Dec 1, 2020 4:00 PM By: Jane Seyd 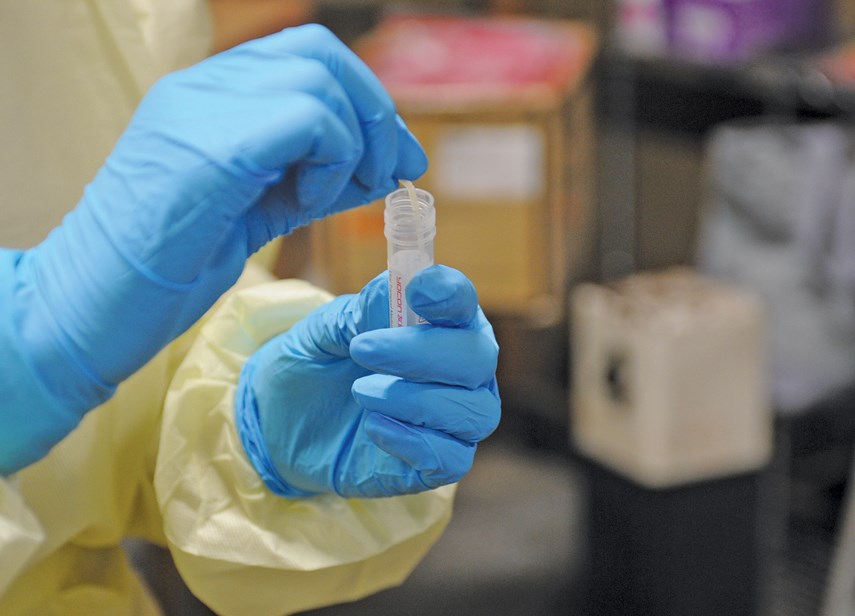 A North Vancouver man is holding out his own family’s experience as a warning about how easily COVID-19 can spread – even within a close group of relatives – and how potentially dangerous it can be.

Hanson said he was used to taking precautions like frequent hand washing and wearing masks, because several members of his family – like his dad who has chronic obstructive pulmonary disease, and his wife, who is in a wheelchair with a muscular disease – are at risk for COVID-19 complications.

When six members of the close-knit family recently met for a low-key birthday dinner at his parents’ East Vancouver home, Hanson said he never imagined that it would turn into a serious COVID-19 situation.

Hanson said his cousin’s wife chose not to attend, because she wasn’t feeling well. But his cousin did.

The birthday dinner for his dad, who had just turned 66, was uneventful, said Hanson, and family members were careful not to hug or shake hands.

The next day, however, “my mom really started feeling sick,” said Hanson. “She was having a very hard time getting up,” and her throat was raw and sore.

Both women soon got the news they had tested positive for COVID-19, with his cousin’s wife’s condition deteriorating to the point she had to be hospitalized.

COVID-19 wasn’t yet done with Hanson’s family though.

Hanson woke up the day after dizzy and vomiting, while his wife had a sore throat. “We went right away to get tested,” he said. They too had COVID-19.

Meanwhile his mother walked into the hallway at their home and discovered his dad lying on the ground, unable to get up. He was rushed to hospital in Burnaby and put on a breathing tube.

Later Hanson’s dad was transferred to a hospital in Surrey where he remains in intensive care. Hanson said he’s still waiting for a chance to speak to his dad over FaceTime. “He’ll be able to hear,” he said, “but he’ll be too drugged to respond.”

Hanson said some people have criticized his family for getting together, despite restrictions on socializing outside of your household.

But to his close-knit family who had always been in each other’s COVID-19 bubble, it didn’t seem like a big risk, he said.

Hanson said he’s sharing his story to show how even the most innocent of get-togethers can have serious consequences.

Having COVID-19 is “not fun. It knocks you down,” said Hanson, who is still recovering after 10 days with the virus. “When you can’t be there at the side of the people you need to be there for, it’s hard. I don’t want other people to go through that.”

Hanson said he’s also putting out the call to reduce strain on health-care workers. “They’re working their butts off to make sure we’re all safe,” he said. “Take a lesson from us. Don’t follow our lead.”