Neptune Terminals is soon to begin a massive dredging project that will make it easier for much larger ships to dock at the coal and potash export facility.
Apr 13, 2019 6:00 AM By: Brent Richter 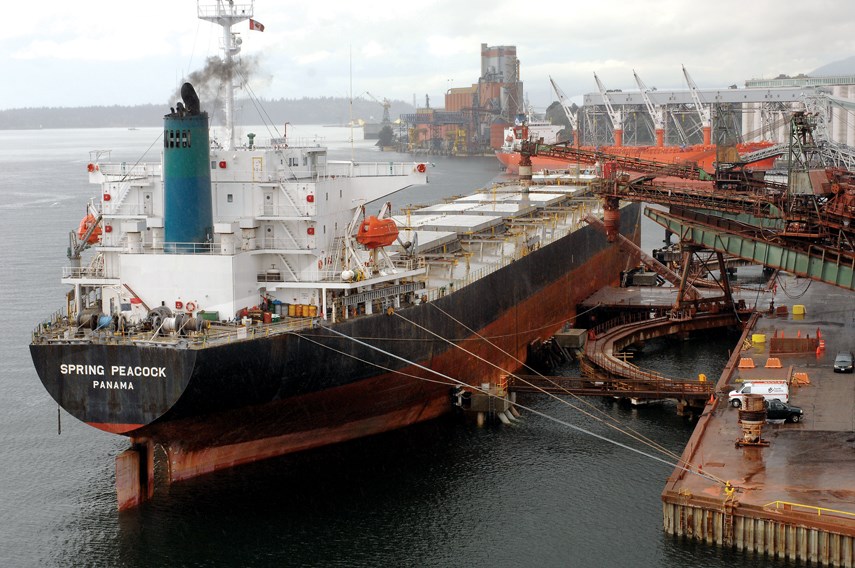 Neptune Terminals is soon to begin a massive dredging project that will make it easier for much larger ships to dock at the coal and potash export facility.

The company recently received approval from the Vancouver Fraser Port Authority to dredge a 570-square-metre patch of Burrard Inlet 3.2 metres deeper in front of its terminal to accommodate larger Capesize cargo vessels – the largest ships that enter Vancouver harbour.

Capesize vessels are so named because they are too big to transit the Panama or Suez canals and therefore generally pass around the Cape of Good Hope in Africa or Cape Horn in South America.

Neptune already handles some “Capes,” according to company spokeswoman Lisa Dooling, “but we have to move them on our docks during loading in order to reach all the ship’s holds, and we are not able to load them fully due to the draft at our berth,” she added.

In 2018, the port exported 24.6 tonnes of metallurgical coal, down about 3.3 per cent from 2017, according to the latest cargo statistics report.

“Actual throughput always depends on Teck’s shipments to Neptune, which will continue to be the case after this project,” Dooling added.

Just under half of the 22,500 cubic metres of sediment to be dredged will have to be disposed of at an “appropriate upland facility,” the permitting documents note, because samples showed levels of polycyclic aromatic hydrocarbons, copper, cadmium and zinc too high to be disposed of at sea under Environment and Climate Change Canada regulations.

According to the report, there is a “low abundance of marine flora and fauna and low quality habitat” where the work will take place.

The port’s approval comes with a list of 30 conditions that must be met over the life of the project.

Work on the project is expected to last from August until February 2020.