Originally from France, Sandrine Pelissier has been living in North Vancouver for the past 16 years, making a name for herself in the West Coast art world.
Nov 20, 2016 12:46 AM By: Mike Wakefield 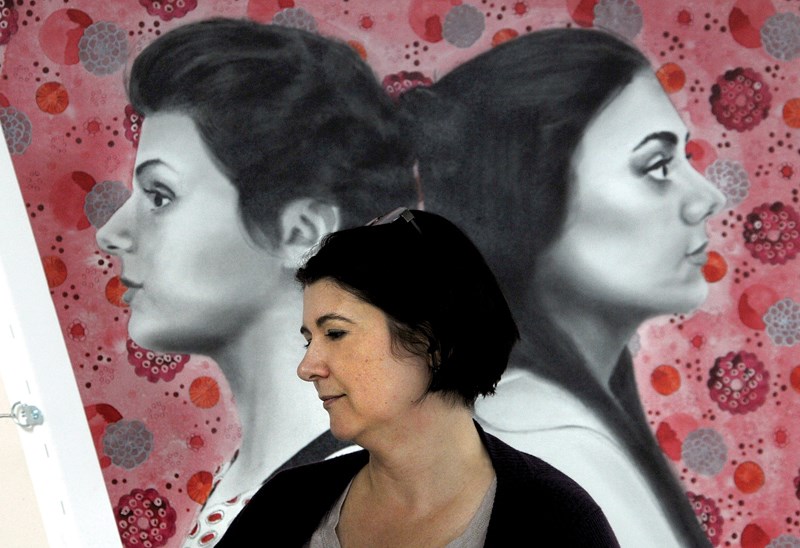 Originally from France, Sandrine Pelissier has been living in North Vancouver for the past 16 years, making a name for herself in the West Coast art world.

She is very inspired by her Pacific surroundings and paints the British Columbia landscape, figures and still life, mixing elements of drawing and patterning into her paintings. As a North Shore art junkie myself, I’ve been watching her over the past 10 years get better and better at her craft.

“At the core of my work is an exploration of the balance between opposite concepts, like the symmetry of geometric patterns and the asymmetry of organic designs, transparency and solidity, reality and imagination,” Pelissier writes on her personal website.

One of the things I like most about her work is that she is so open and transparent about her process, posting time lapse videos online or keeping a running feed going on her Twitter account to show what’s going on at each stage along the way. She’s media savvy, an important quality in the art world.

Her work is often heavily layered, and she’ll incorporate a fascinating technique in which she starts with a canvas exploding with colour and shape, and then paint out pieces of it to turn it into something new and unique.

It was a pleasure working with her to create this photo gallery. It helps that no matter what technique she tries, everything she does always seems to turn out really, really well. She’s definitely an artist to watch on the North Shore.