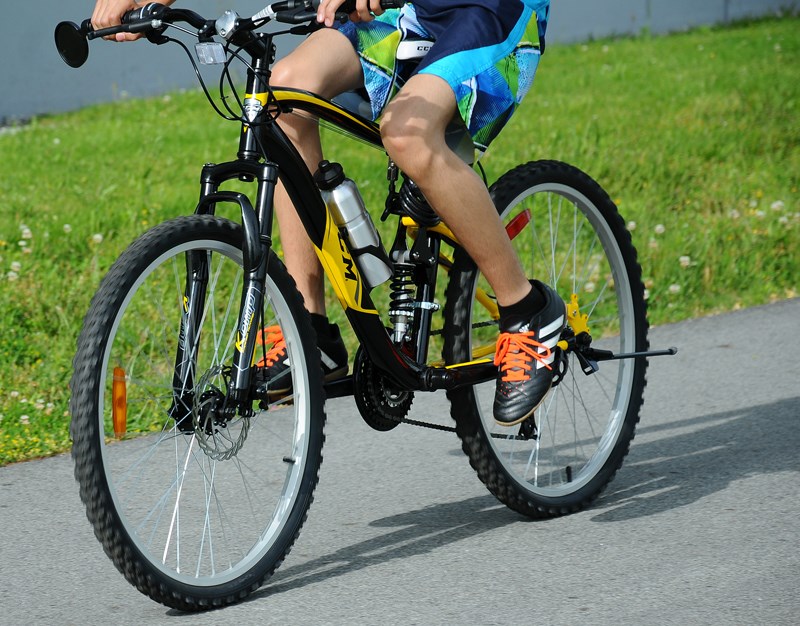 A free bike valet service in Deep Cove was launched on June 5, 2021. Cindy Goodman, North Shore News files
If you’ve got a bike that needs locking up while you’re exploring Deep Cove, there’s now just the spot for you.

Starting yesterday (June 5), the District of North Vancouver has launched a free bike valet service in the seaside village.

Located at the outdoor stage in Panorama Park, the secure bike valet will operate from 10 a.m. to 5 p.m. on weekends and statutory holidays.

“Construction is underway in Deep Cove,” noted Cassie Brondgeest, communications co-ordinator with the District of North Vancouver. “This is another way for people to still enjoy the area and transport themselves.”

Some of those construction projects include the storm sewer replacement on Gallant Avenue, expected to wrap up by the end of this summer or early fall, which will cause traffic flow patterns to change and has necessitated implementing a temporary detour through Naughton Avenue.

The district is encouraging visits to Deep Cove by two wheels, by foot or by transit, to help reduce vehicle traffic congestion, said Brondgeest.

If you’ve ever checked a coat or valeted a car, rest assured the bike valet will operate in the same manner: You can drop off your bike to valet staff who’ll give you a numbered ticket, and after exploring the Cove you can return your stub to staff who’ll return your bike free of charge.

The district has partnered with B.E.S.T. (Better Environmentally Sound Transportation), a non-profit charitable organization that promotes sustainable transportation, to operate the new service.

While active transportation advocate Heather Drugge commended the intention of the bike valet, she said the real issue for bikers was getting to Deep Cove in the first place.

“A bike valet is great because we want to be able to encourage people to use alternate forms of transportation to reach the Cove, because of course the Cove gets overwhelmed by cars – at the same time, trying to get to the Cove from anywhere else in North Vancouver is a bit nightmarish,” said Drugge, who also writes the News’ Move On column.

The two major routes to get to Deep Cove from elsewhere on the North Shore generally involve traversing Dollarton Highway or Mount Seymour Parkway, known for their steep terrain, line-of-sight issues, and drivers and driveways intersecting with passing bikers, according to Drugge.

“The problem is the traffic is going so fast there that it’s scary to most riders,” she said.

At this time, the plan is to operate the bike valet throughout the summer only, according to the district.