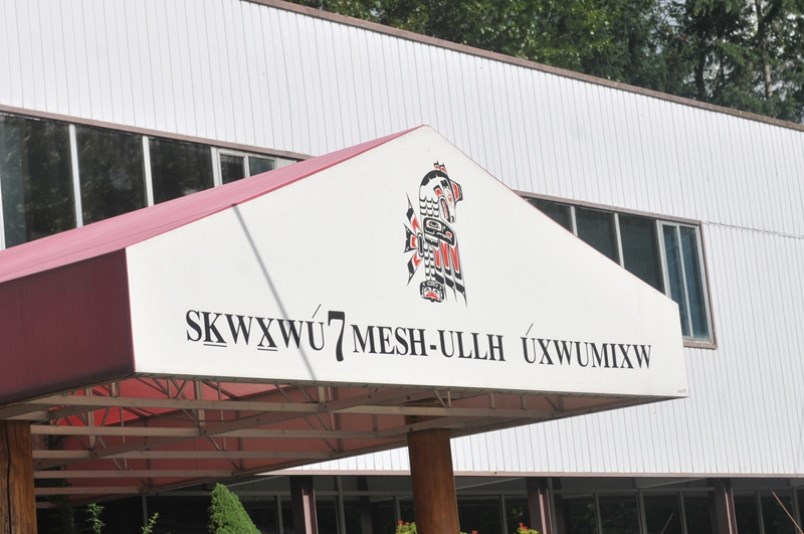 Former councillor and department head Krisandra Jacobs is on trial for allegedly defrauding the nation out of close to $1 mlliion.

The former head of the Squamish Nation’s finance department responsible for financial controls at a time the nation was allegedly defrauded of close to $1 million testified she felt powerless to stop requests for cheques made by former department manager and councillor Krisandra Jacobs because of Jacobs’ senior position with the nation.

Audrey Larsen, the former head of finance for the Squamish Nation, testified Thursday during a trial before Judge Lyndsay Smith in North Vancouver provincial court.

At the time of the alleged fraud, Jacobs was both elected co-chair of the nation and a department head in communications and the band manager’s office.

Larsen described how a “band members’ emergency fund” was originally set up under the band manager’s office as a fund of “last resort” to help members with unanticipated financial emergencies such as funerals and rent shortfalls.

Earlier in the trial, Crown prosecutor Shelley Hulko outlined how there was a formal process set up for that, but that a secondary process put in place by elected band manager Glen Newman and Jacobs involved cheques being made out to them directly so they could hand out cash.

“At a certain point we started getting requests for lump sum payments” from both Newman and Jacobs, said Larsen.

Over time, those requests “became more and more frequent,” she said.

In some cases, Jacobs would phone a clerk who worked in the finance department to come in after hours or on weekends to produce a cheque, said Larsen, adding none of those requests went through her.

Larsen said it wasn’t typical that other department heads would direct her staff.

“They could fire me,” she said, pointing to Jacobs’ role as co-chair of the elected band council. “It factored into the fact that I felt powerless.”

Larsen said her department requested Jacobs provide receipts and back-up documentation for the emergency expenses but did not receive those.

Jacobs also did not show up to meetings set up with staff to discuss the issue, said Larsen.

Ultimately executive operating officer Walter Schneider, who came to work for the nation in 2013, took the issue to council. A formal investigation was launched and Jacobs was fired from her job and removed from her position on council, said Larsen.

Requests for emergency cheques dropped off after Jacobs was fired, she said.

In cross-examination, Jacobs’ lawyer John Turner suggested to Larsen it was Newman, not Jacobs, who had originally set up the informal process of asking for cheques to be cashed for emergency funds.

“Not that I recall,” said Larsen. “I have no memory of Glen starting that process.”

Larsen also agreed with Turner that in some years Newman made a larger number of requests for emergency cheques than Jacobs.

Turner questioned Larsen on whether there were any written guidelines for how the process was supposed to work. “There were no written rules,” he said.

Earlier in the trial, Hulko said over a three-year period, 422 cheques were made out to Jacobs, totaling almost $1 million.