$1.5 million in Squamish Nation funds not properly accounted for

Two members of the Squamish Nation's elected council have been stripped of their authority over financial matters after an independent investigation revealed a significant portion of $1.
Oct 22, 2014 12:00 AM By: Jane Seyd 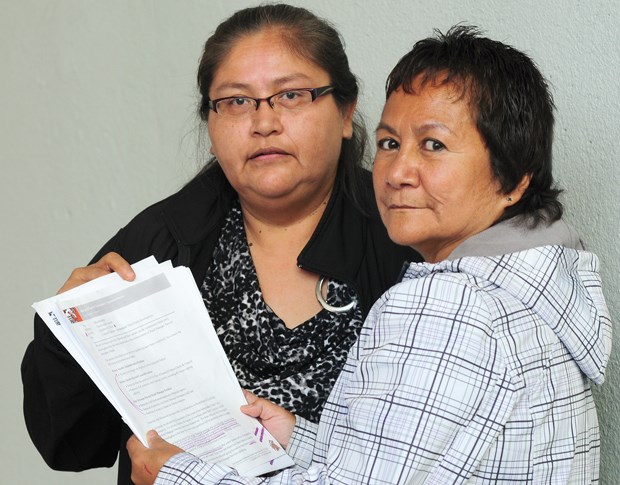 Two members of the Squamish Nation's elected council have been stripped of their authority over financial matters after an independent investigation revealed a significant portion of $1.5 million from the band's "emergency fund" was not properly accounted for over the past two years.

dollars in each of those years from the Squamish Nation's emergency fund without keeping proper records about who was given the money, what it was used for or providing adequate supporting documentation.

The investigation revealed that while the band had a proper process for assessing who should get emergency funds and providing that money, most of the time, Jacobs and Newman ignored that. Instead they had cheques made out to themselves personally, which they cashed to provide money to band members without keeping proper records.

"One fact that is clear from the information, is that cheques were made payable to Mr. Newman and Ms. Jacobs on a very frequent basis," wrote Mitha.

About 20 per cent of the cheque payments were made on the weekend, when the office was closed - after Jacobs called in a contact from the finance department to issue them to her.

On one Saturday in July 2011, Jacobs and Newman received cheques worth more than $15,000 in one day, according to the report. The same thing happened on a Sunday a couple of months later.

Both Jacobs and Newman told Mitha they kept large amounts of cash in safes in their own homes to have available for emergency needs of band members.

During the investigation, Newman provided logbooks and bank records that indicated "a significant portion" of the money he received appeared to have been used "for purposes of members of the nation," wrote Mitha.

Jacobs kept no records of how she spent the money, he wrote. Jacobs told Mitha she cashed cheques herself and handed out money directly because many of the people who needed help were "very vulnerable and at the edges of society" and didn't have bank accounts. People who got money also wanted to keep that completely confidential, she told him.

There appeared to be no set criteria for what the emergency money should be used for, according to the report. In some cases, it was used for expenses like groceries, utility payments and prescriptions, wrote Mitha. But in other cases, it was spent on PNE passes, Canucks tickets and parking fees.

Mitha wrote it is not possible without a bigger investigation to find out how the money was actually spent.

Mitha said while there was no evidence from his investigation that Jacobs used the money improperly, "she did clearly receive a personal benefit in that she was able to curry favour with many members of the nation by providing them with funds at her discretion." He reached the same conclusion about Newman.

Chiefs and council for the Squamish Nation stated in a letter to band members that policies have now been changed to ensure greater accountability.

While Jacobs has been fired from her job, both she and Newman retain their elected positions.

No one from the Squamish Nation administration, including chiefs and council, was available to speak about the report. However a number of band members are asking for more to be done.

Joanne Nahanee said she wants Jacobs and Newman removed from their elected positions. She said she also wants to see a detailed audit of all departments in the band administration.

If a lack of accountability happens in one department, it could be happening in other departments too, said Nahanee.

Bev Brown, another member of the Squamish Nation who lives off reserve, agreed. Brown said the administration and band council are also to blame for the situation. "They didn't do due diligence," she said. "They are supposed to provide oversight."

Both Nahanee and Brown said they intend to ask other authorities to review the report, including Indian and Northern Affairs. About $14 million of the band's $57- million annual budget comes from the federal government. Neither Jacobs nor Newman could be reached for comment.