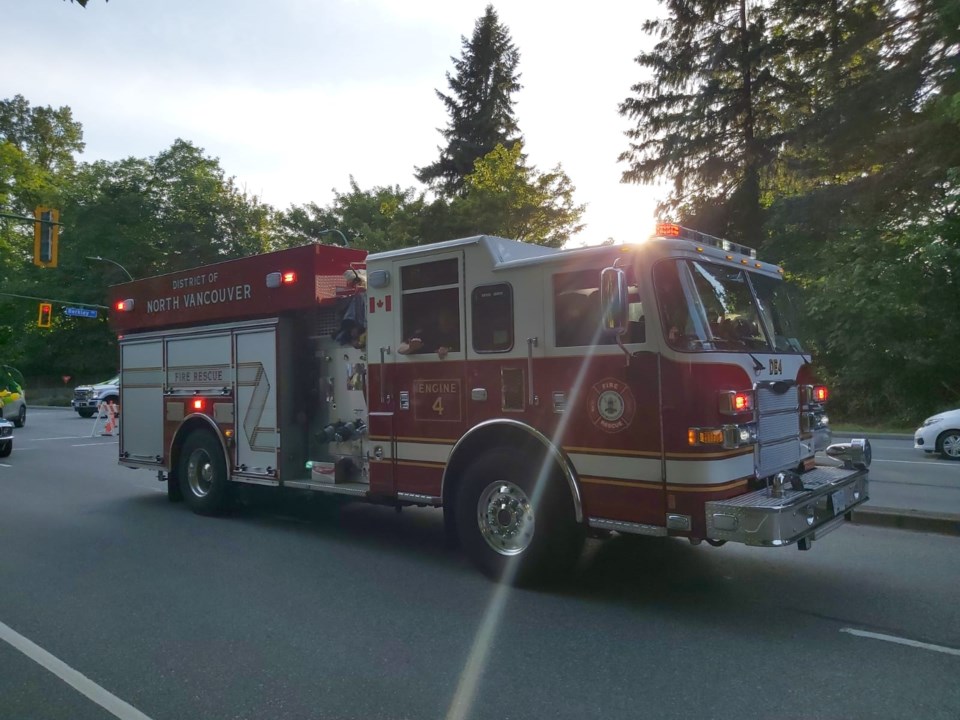 Firefighters have been busy this morning dousing a difficult fire at a home under renovation in North Vancouver.

At 4:30 a.m, emergency crews were on scene and “quickly extinguished the difficult residential structure fire," according to the fire department. Firefighters from North Vancouver City Fire Department also assisted with the callout.

“Upon arrival, the fire was coming through the roof,” the district fire department wrote in an update on Twitter.

Jeremy Dunken, assistant fire chief, said by the time a neighbour had spotted the flames and called in the blaze it had already done a lot of damage to the home.

“The fire had been burning for quite some time before flames broke through the roof and a neighbour called it in,” he said.

At 4:30am, District units quickly extinguished a difficult residential structure fire at Connaught/St. James. Upon arrival, the fire was coming through the roof. Luckily no one was in the home, as it was being renovated. One truck and @nvanrcmp unit remain on scene. pic.twitter.com/kkwsajRXj3

Dunken said firefighters “did a good job of getting the fire out quickly” but about 80 per cent of the home’s roof had been destroyed. He said five units attended to get the fire under control.

“It was a difficult fire just because it was up in the attic space, so there are lots of nooks and crannies and it's difficult to get the water on the fire,” Dunken explained.

Luckily, the homeowners were not at the property at the time it caught alight, as it was being renovated, said Dunken.

He said investigators are on scene determining the cause of the fire, but it’s believed to have sparked because of “a heavily involved attic space.”

The fire is not being treated as suspicious.