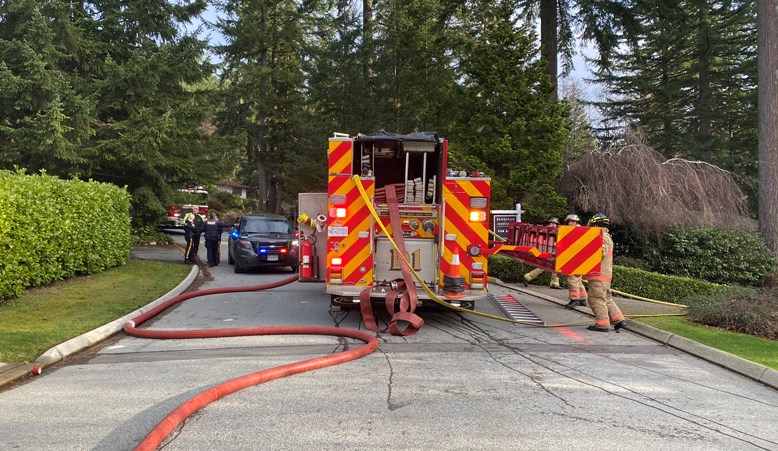 District of North Vancouver Fire and Rescue Services members work on the scene of a mid-morning house fire on Regent Avenue Thursday (Jan. 14).@DNVFRS via Twitter

A Carisbrooke home was damaged in an appliance fire Thursday morning.

District of North Vancouver Fire and Rescue Services received multiple 911 calls around 10 a.m., reporting smoke coming from the rear of a home on the 3800 block of Regent Avenue.

“There was actually an appliance fully on fire. They were able to quickly get in there and get the fire knocked down,” said assistant fire chief David Dales.

Dales said the burnt-out appliance was either a clothes washer or dryer. The home’s residents were home at the time and quickly evacuated.

The building’s interior has smoke damage, which crews worked to mitigate, and the family may be out of the home for a short time, but the structure itself won’t be lost, Dales said.

It’s too soon to say what caused the appliance to go up, Dales said, and investigators are now working to find out. But he added, the homeowners did the right thing by immediately calling 911 and following directions to close all the doors, limiting the potential spread of the blaze, and then getting out quickly.