West Vancouver Fire & Rescue members say a closed door may have saved a home from being totally consumed by fire, Sunday morning. A neighbour called 911 around 8:45 a.m.
Feb 22, 2021 3:41 PM By: Brent Richter 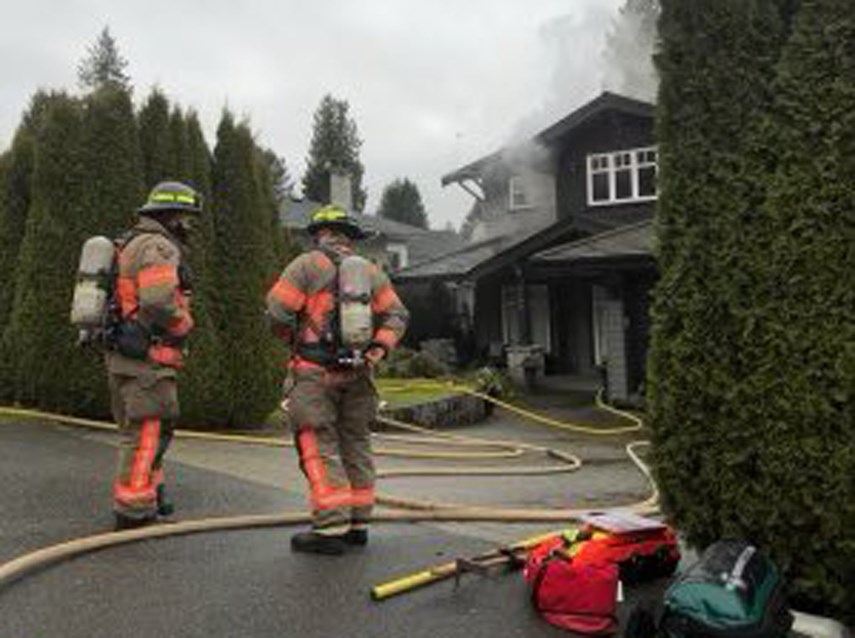 West Vancouver Fire & Rescue members attend to a house fire in Dundarave on the morning of Sunday, Feb. 21.https://twitter.com/WestVanFireDept

West Vancouver Fire & Rescue members say a closed door may have saved a home from being totally consumed by fire, Sunday morning (Feb. 21).

A neighbour called 911 around 8:45 a.m. after spotting dark smoke and flames coming from a home on the 2200 block of Haywood Avenue in Dundarave, said assistant chief Eric Blank.

When West Van crews arrived with three trucks and 17 members, they could see the fire burning in a second-floor bedroom.

They attacked the blaze and quickly knocked it down as it was starting to spread through the walls, Blank said.

The home’s owners were out at the time of the fire. The structure will likely be salvageable but there is smoke damage throughout, Blank said. Things could have been much worse had the bedroom door been open, he added.

“You can see how it was burning around it and was going to breach the door eventually and then get to the rest of the house,” Blank said. “With that door just being closed, that really contained it to just that room having damage instead of possibly the whole house being damaged or the roof burning.”

Investigators were on site Monday trying to narrow down the cause of the blaze, although Blank said there is nothing to indicate it was suspicious.