Demographic change in West Vancouver, including a wave of immigration from China over the past five years, is being reflected in local schools.
Apr 27, 2018 7:30 AM By: Jane Seyd 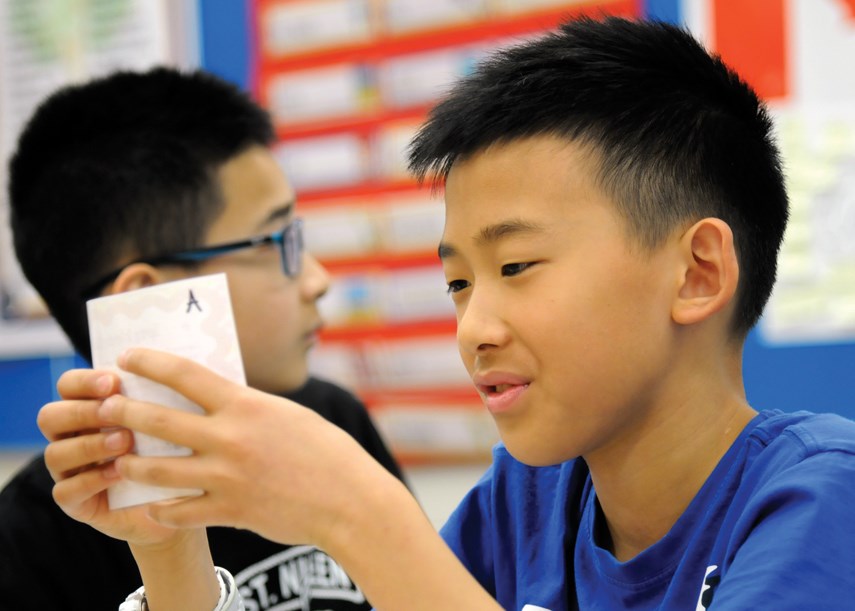 Demographic change in West Vancouver, including a wave of immigration from China over the past five years, is being reflected in local schools.

English language learners now make up about 40 per cent of the Grade 1 students and 37 per cent of kindergarten students in the West Vancouver school district.

Numbers in grades 2 and 3 are only slightly lower, at about 31 per cent.

That’s a huge change in a short space of time. Six years ago, ELL students made up about 15 per cent of students in the primary grades.

Students who are learning English at the same time they’re learning other academic subjects in West Vancouver public schools now number 1,166 – or 23 per cent of the school population, including international students.

Numbers of English language learners are up almost six per cent this year over the past year in the school district, following a similar increase the year before.

Elementary schools in the eastern area of the school district have the highest concentration of ELL students, with English language learner students making up about half of the school population at both Chartwell and Hollyburn.

Having ELL students enter school at younger ages is an advantage, Yioldassis added – students pick up the language early and are able to apply that to their studies sooner. On average, it can take between five and seven years for students with very little English to become fluent in the language. But by the time they are in high school, most are mainstream English speakers.

The big increase in ELL students entering the school system happened in 2016 – when there was a 13 per cent increase – coinciding with a boom in real estate sales in West Vancouver.

“I think that’s a correlation there, definitely,” said Yioldassis.

Students entering the school system are tested for their level of language proficiency. Typically, younger students with more basic English skills get more intense individual instruction. Older elementary school students who have mastered the basics receive more of their support in the classroom, with one of the district’s 18 full-time ELL teachers working alongside the regular teacher.

“The results show we continue to have high academic achievement,” said Yioldassis.

West Vancouver’s strong academic reputation is one of the reasons families moving to the Vancouver area often choose to settle in the district, said Yioldassis. Often parents have researched schools before making a decision.

English language teaching staff typically do a presentation for parents at the beginning of the school year, in combination with settlement workers from the North Shore Multicultural Society who also translate key points into Mandarin and Farsi.