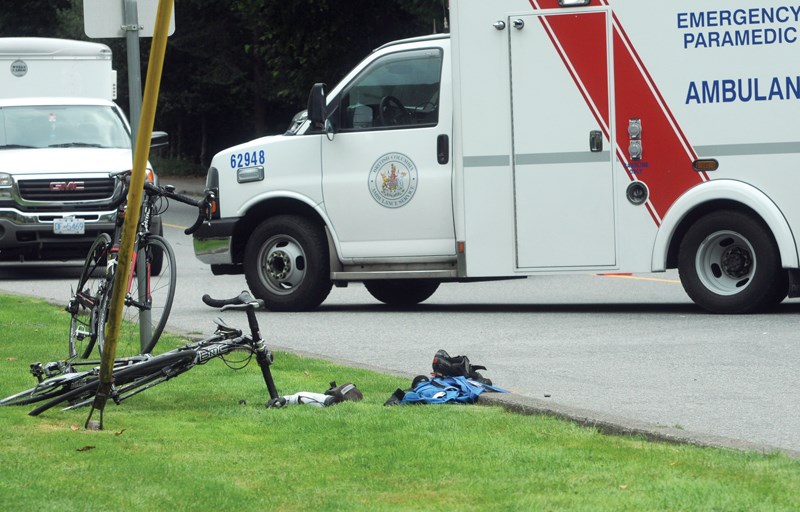 The 76-year-old cyclist critically injured in West Vancouver on Aug. 10 has died.

According to West Vancouver police, the victim had been in a medically induced coma since he was taken to hospital following a head-on collision on Marine Drive just east of 29th Street.

Police are not releasing the man’s name.

According to investigators, the man was riding east on Marine Drive when he veered into the oncoming lane to avoid a commercial truck turning left onto 29th. A westbound SUV then collided head-on with the cyclist, causing head trauma and broken bones.

Police later ticketed the driver of the truck for driving without due care and consideration, and failing to remain at the scene.

“It’s tragic and very unfortunate,” Palmer said. “It doesn’t change the nature of the charges that are still sustained by the evidence at scene, under the Motor Vehicle Act.”

HUB North Shore cycling coalition chair Tony Valente said the incident is a tragedy that exemplifies the need for municipalities to prioritize safety for people on bicycles.

“As our cities continue to densify and grow, cycling is a transportation option and if we’re going to make in an option for everyone, eight to 80, then we’re going to be looking for greater separation of bikes from cars,” he said. “When routes are known to be safe, people divert to them. It’s all a question of what our society puts priorities on. If we value human life and want folks to be safe, maybe we should lose a lane of parking.”