Here are the next steps to the City of North Vancouver's electric vehicle strategy
Dec 28, 2020 2:27 PM By: Elisia Seeber 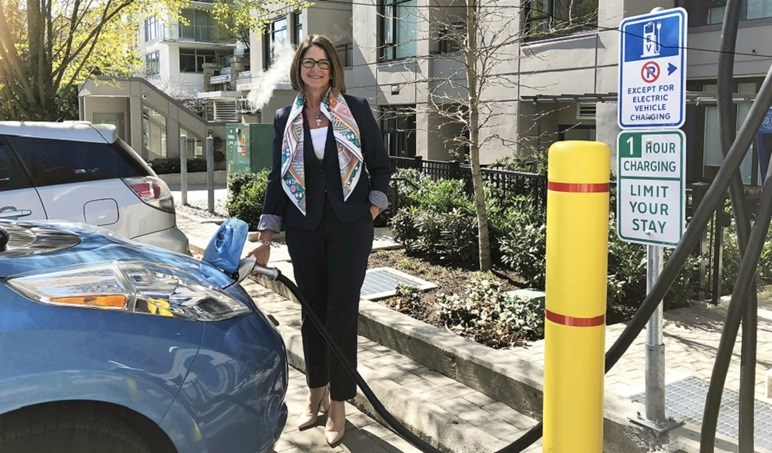 North Vancouver residents will have better access to electric vehicle charging stations in the near future, with city council approving the next steps of its EV strategy to further break down barriers to zero-emission vehicle use.

Council voted unanimously to endorse the next stages of the city’s EV strategy at the Dec. 14 regular meeting.

Moving forward, city staff will work on developing "EV Readiness" requirements for non-residential parking spaces in new construction to support workplaces, investigate opportunities for neighbourhood charging stations to support residents with barriers to home charging, and fast-track the electrification of the city’s fleet.

The city’s guide to accelerating EV use to address carbon pollution from vehicles was first introduced in September 2018. Since then, staff say “significant progress” has been made, highlighting the strategy’s improvements were recognized through a recent nomination for the Community Energy Association’s 2020 climate and energy action award.

In February 2019, council approved a policy called EV Readiness and adopted zoning bylaw amendments to require that 100 per cent of new residential parking spaces are equipped with an energized outlet capable of supporting charging for an EV. Since the requirement took effect in June 2019, staff say plans for about 500 parking spaces in single-family, duplex, coach homes, and multi-family buildings have included EV Ready infrastructure.

Staff say the city is also on track to fulfil its initial public charging targets of installing two to four new direct current fast-charging stations and three to five additional Level 2 charging stations. On top of this, all public EV charging stations have essentially become cost-neutral after fees were introduced in April 2019, with the revenues from fees now covering operating expenses.

To address barriers to EV charging in existing buildings, the city continues to promote the Province’s CleanBC rebates for EV charging station installations in multi-family buildings and workplaces.

Moving towards net zero emissions by 2050

“It is about addressing the next steps with ensuring that the city is EV ready in as many different ways as possible and removing barriers for those who have electric vehicles and those who will hopefully be purchasing them in the future,” she said.

“There's a lot of opportunities here for us to hopefully access other levels of government funding and support for this as well, and continue to look at how we can reduce our greenhouse gas emissions associated with transportation.”

Mayor Linda Buchanan said the strategy had already proven to be a success, and it was important to consider how it could be implemented within the city’s future public infrastructure plans, highlighting the Harry Jerome Neighbourhood Lands project and the North Shore Neighbourhood House redevelopment.

The strategy is also helping council to achieve its community-wide greenhouse gas emissions reduction targets of 80 per cent by 2040 and 100 per cent, or net-zero emissions, by 2050.

“It does get us to that next step of our strategy and some of our targets that we've committed to as a council, so I really appreciate staff's work on this,” said Buchanan.