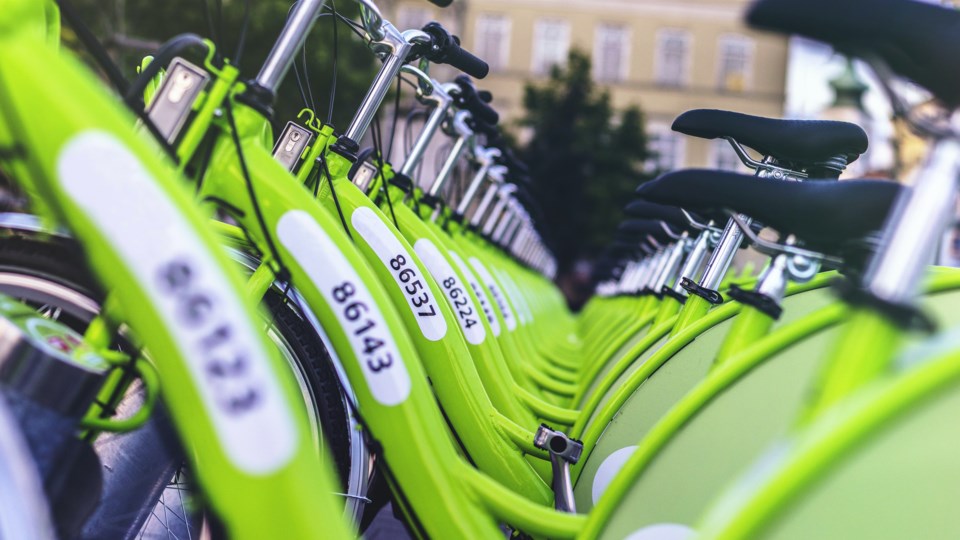 The City of North Vancouver is continuing to roll towards its goal of a sustainable future, endorsing an e-bike share pilot program to make it easier to get around town.

Councillors voted unanimously at Monday’s general meeting to move forward with a two-year e-bike pilot project, setting the groundwork for the city to seek out an e-bike operator.

The pilot would see a fleet of publicly available electric bicycles, which could be rented for a short period of time, spread at locations around the city – starting off with popular destinations yet to be finalized.

Residents and visitors to the North Shore would be able to pick up a bike at one location, and drop it off at any other designated location, much like the systems in place in Vancouver and UBC. With an integrated electric motor that adds power to pedalling, the e-bikes would make tackling the hilly North Shore terrain a breeze.

According to the city, the North Shore system would be the first in the province to provide an all e-bike fleet rather than regular bikes.

She mentioned the success of e-bikes in Vancouver and the hub of activity it created at Georgia and Denman streets, commenting that, “on any given sunny day, those businesses that rent are thriving.”

“I think we have got the concentrated population and we’ve got the destinations that people can move to and fro, and I’m excited to see how it’s going to unfold,” Buchanan said.

“If we see success, we can start to expand it across the entire North Shore,” she said, mentioning staff had worked with the other municipalities on the project.

The next step is to amend the city’s applicable bylaws to enable the permit and business licences to move forward. Once this is complete, e-bike operators will be invited to apply for the pilot project.

It's hoped the e-bike pilot operators could launch by spring or summer of 2021.