OPINION: How the Grateful Dead helped me get through this terrible year 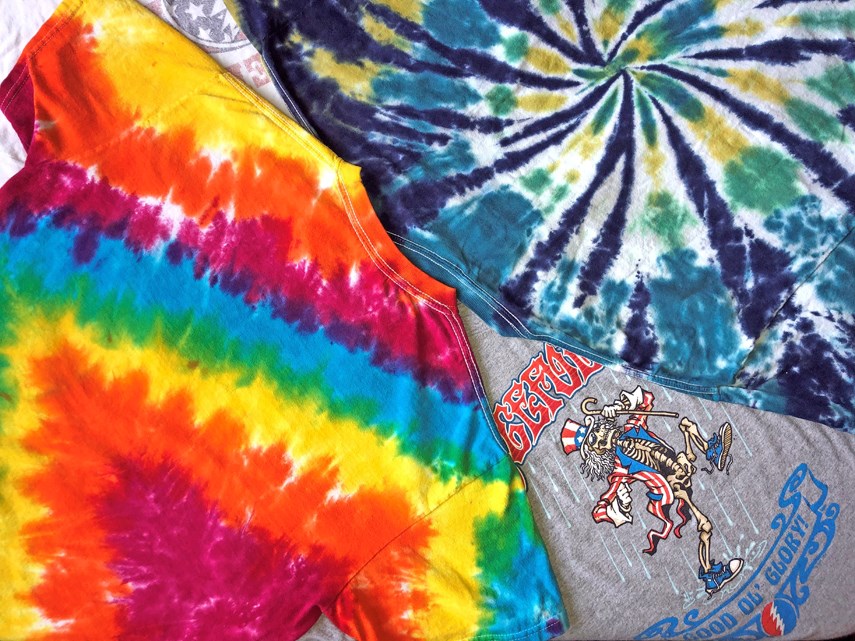 Discovering the good vibes of the Grateful Dead provided much needed light for this reporter during the dark days of the pandemic. Ben Bengtson, North Shore News
It’s been a challenging and often terrible year, but at least one good thing happened to me while I navigated living through a pandemic: I started listening to the Grateful Dead.

I’m not necessarily proud of this. While my new fandom is great for me, it’s terrible for everyone else. No one deserves to suffer a Deadhead.

You could be doing something as innocuous as brushing your teeth, but if you’ve got one of these Deadheads in your life you better bet your last pint of Cherry Garcia they’ll find a way to pop into frame to inform you how Jerry’s guitar playing sounded like “the fluttering wings of a butterfly during a sunshine daydream, man” – and that’s upsetting because all you’d asked them was if they’d mind passing the toothpaste.

Anyway, that’s me now. I’m the one popping into frame to talk about how the 7/17/1989 version of China Cat Sunflower is actually extremely underrated. (Rebecca, I’m sorry. Please don’t leave me.)

It’d be easy for me to say I don’t know how it happened, but that would be a lie – I know exactly why I bought no less than three tie-dye T-shirts from Hornby Island and grew a massive beard this year.

Stuck In A Jam

Early on during lockdown I was in need of a new hobby that wasn’t playing Animal Crossing or eating my weight in sourdough, as grand as those activities were. Although I’d always liked the Dead’s music generally, I decided to take the full plunge after being regaled one night by my Deadhead dad’s tales of seeing the band perform the epic Dark Star during their legendary run at the Fillmore East in 1970. I thought to myself: “Right on, man.” This could work.

That version of Dark Star clocked in at an epic 30 minutes of jam time. I figured that since I wasn’t going anywhere soon, I would have the time and the space to really sink my teeth into this project. Working from home meant my co-workers wouldn’t be bothered while I blasted Shakedown Street while copy editing tomorrow’s edition of the newspaper. (Again. Sorry, Rebecca.) But I mainly got down with the Dead during the off hours, when I discovered how much I really needed a positive distraction to obsess over amid the endless, stressful, repetitive days of COVID.

Like many of the new things people have come to appreciate this year, my transformation into a jam band guy has been circumstantial.

There have been no concerts or live events this year. We know how many of our arts centres and the artists themselves have suffered.

The Dead and their legions of fans, with their bootleg live tapes cataloging an impressive 2,300-plus shows over a 30-year period, have provided the musical sustenance I’ve needed to maintain that important connection to a world I love.

Whenever the horrible news of the day wouldn’t seem to let up, it became so easy to unplug, unwind and tune out the creeping anxiety by listening to the Dead rip through Morning Dew or Casey Jones to thousands of screaming fans each experiencing their own much-needed transformative moment only decades earlier.

If the absence of live music and the communal experience that goes along with it has taught me anything, it’s that the art, culture and media we often take for granted – and those people we’re lucky enough to experience it alongside – have never seemed more vital.

The present and future have felt murky and unclear this entire year. Our mental and physical health has suffered. People have lost jobs and missed out on precious in-person moments with those they love. Many have tragically lost family and friends to this virus. But we know there’s a light ahead. The vaccine promises a solution to something that’s felt unsolvable all year.

Still, our problems won’t end on Jan. 1. What’s made 2020 so distressing will still be there, in some form, in 2021 and beyond. For me, I know there will still be good and bad days ahead.

But for those days when things are at their worst, I at least know with the Dead I have found something that will forever remind me of what’s most important: being around other people – and the sound and fury of gliding guitars, sweaty bodies and stale beer – and the guarantee that one day things will feel normal again.

In fact, I think I’ll go listen to some Grateful Dead right now. I’ve been meaning to check out some of their later shows ever since I stumbled upon a forum where people were dissecting the nuances of Jerry’s guitar tone during the fall ’93 tour like it was the most normal thing in the world. “I understand that folks don’t necessarily like it, but I really dig it,” proclaimed the creator of the discussion topic.

And now I know I dig it too.

Ben Bengtson is an arts and lifestyle reporter with the North Shore News.