Family thanks community for outpouring of support following extensive search effort
Jan 11, 2021 10:55 AM By: Andy Prest 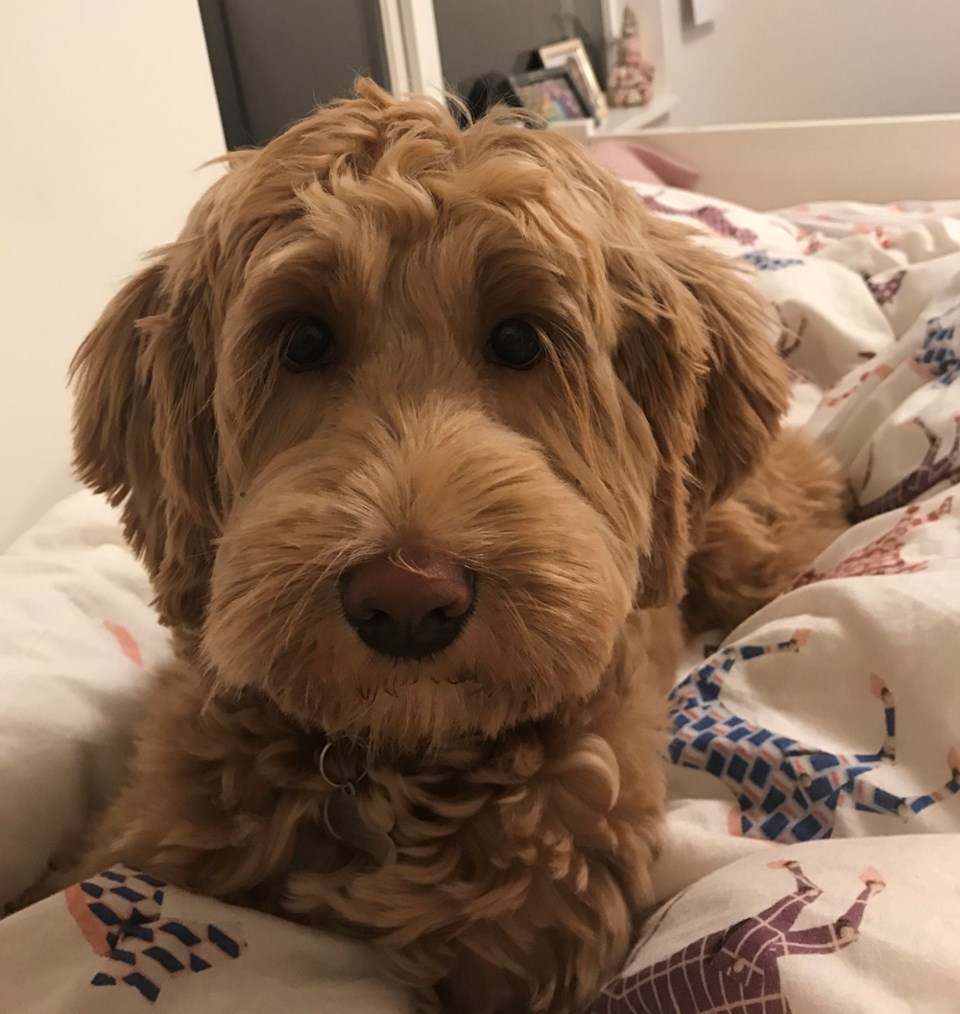 Clover the seven-month-old Labradoodle went missing while on a walk in North Vancouver Nov. 30, 2020. Clover's body was found near the spot the dog went missing Jan. 9, 2021. Sharon Gradin

The body of a dog that went missing in North Vancouver Nov. 30, prompting an extensive search and a $4,000 reward offer from its owner, was found Saturday in the water near the spot where it was last seen.

Clover, a seven-month-old Australian Labradoodle, went missing from a trail near Mosquito Creek while on a walk with owner Sharon Gradin in late November. Extensive searches of the area in the following hours and days, however, failed to turn up any sign of the dog, prompting the reward offer. Today Gradin confirmed that Clover’s body was found by a local resident near a man-made waterfall in the creek.

“It’s unbelievable to me that we have searched that waterfall almost every day for the past few weeks and we weren’t able to find her,” Gradin told the North Shore News. “She was in the most obvious spot, but the water completely covered her.”

The body was retrieved by firefighters from the nearby District of North Vancouver Fire Hall No. 3. Firefighters from that same hall also helped in the search for Clover in the hours after the dog went missing.

“Our family is overwhelmed with the outpour of support in this community,” said Gradin. “So many people that were strangers to us before this happened became so committed to helping us find her and were so supportive. We just really want to sincerely thank everyone. It’s not the ending we were hoping for, that’s for sure. We loved Clover … it’s going to take us a while to heal now.”

The family also kindly requested that if anyone sees any “missing” posters for Clover around the community, please take them down.