Of the new coronavirus cases on the North Shore, 18 were in West Vancouver, 58 in North Vancouver. But overall rate of daily infection is down
Dec 18, 2020 1:23 PM By: Jane Seyd 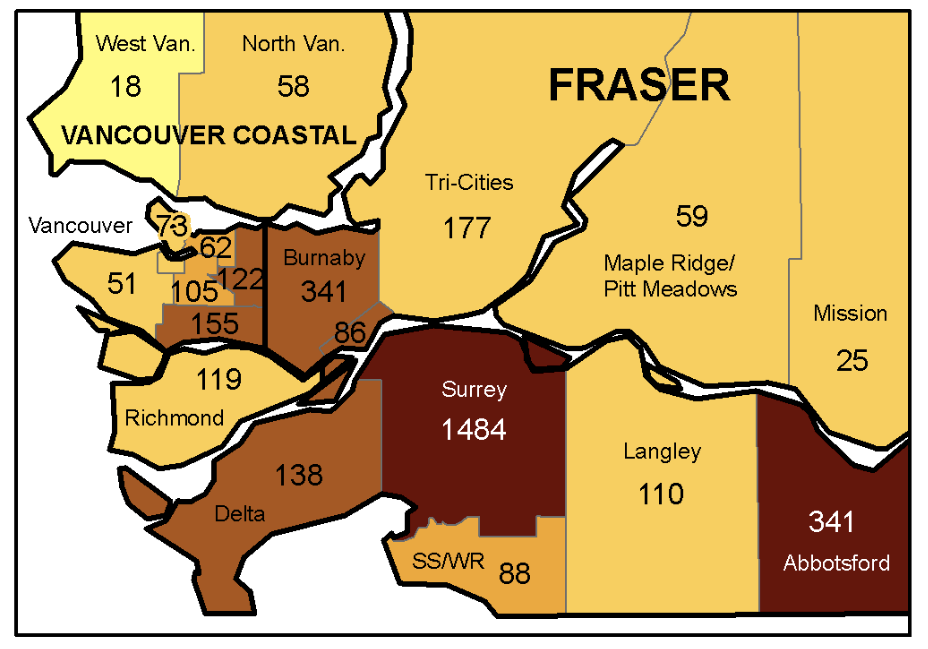 There were 76 more cases of COVID-19 on the North Shore between Dec. 6 and 12. Eighteen of those cases were in West Vancouver, while 58 were in North Vancouver.

In the North Shore Coast Garibaldi region as a whole – which includes communities like Whistler, Squamish and the Sunshine Coast – there were 91 cases total in the more recent week of Dec. 11 to 17.

The latest statistics released by B.C.’s Centre for Disease Control this week show rates of new COVID-19 infection appear to have stabilized on the North Shore.

Infection rates in West Vancouver, where an outbreak of COVID-19 at the Capilano Care Centre recently contributed to a spike in infections, are down significantly – to a daily rate of less than five per 100,000 people.

The week previous, West Vancouver logged 60 cases and an average daily rate of between 15 and 20 cases per 100,000 people.

In the week of Dec. 6 to 12, the North Shore also had one of the lower rates of new infections in the Lower Mainland. The North Shore Coast Garibaldi region as a whole has also had lower rates of new COVID-19 infections per population than many surrounding communities, including Fraser North, Fraser South and Vancouver. Surrey and Abbotsford continue to have the highest rates.

As of Thursday, B.C. had logged 44,776 cases of COVID-19 since the start of the pandemic, and currently has over 10,000 active cases. Over 350 people were in hospital; almost 100 of them in intensive care and 713 people in the province had died of the virus.

About one-quarter of the cases have been in the Vancouver Coastal Health region, which includes the North Shore.

There have been 1,980 cases of COVID-19 in the North Shore Coast Garibaldi health region since January.