B.C. has an MOU on China’s Belt and Road Initiative, which is seen by some as a primary motive behind acts to suppress Muslims in Xinjiang
Mar 2, 2021 10:07 AM By: Graeme Wood 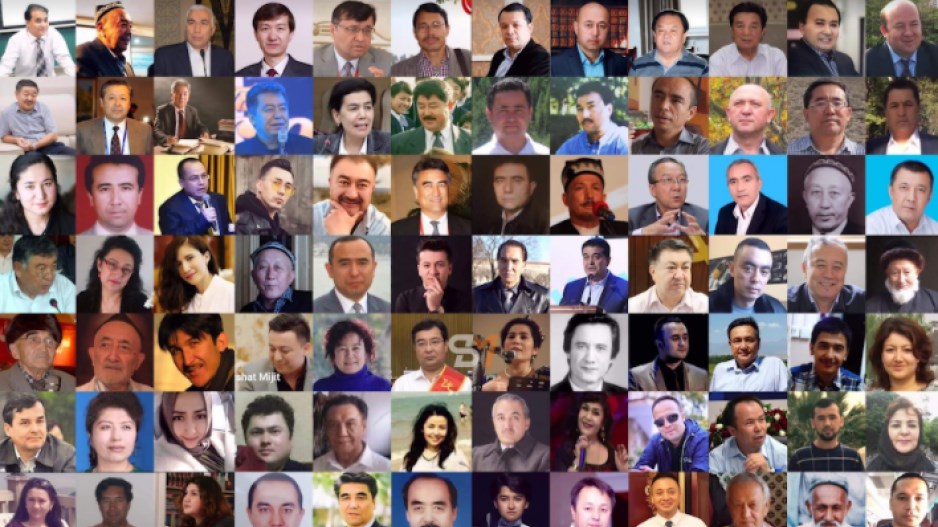 Why won’t B.C. Premier John Horgan comment on a provincial government trade agreement with China that has connections to mounting allegations of genocide against Muslim Uyghurs?

China’s alleged genocide in Xinjiang is said to be motivated, in part, by expansion of the country’s Belt and Road Initiative (BRI), to which the B.C. government lends its support via a memorandum of understanding (MOU).

Although the BC NDP has previously said, “Foreign policy relations are the responsibility of the federal government, not the provincial government,” Horgan has recently weighed in on affairs in the United States and India.

His government also claims, in general, to be defenders of human rights, but it has never spoken out on matters in Xinjiang, nor the de facto takeover of Hong Kong by Beijing, which is expected to impact immigration and the economy in years to come.

Horgan’s office has declined multiple attempts by Glacier Media to understand the premier’s position on the MOU, which was initially signed in May 2016 by then-BC Liberal Premier Christy Clark. The NDP has also declined to speak about B.C.’s post-pandemic trade policy with China, to which the province has significant autonomy.

On February 22, the House of Commons voted unanimously to declare the Chinese government, led by the Chinese Communist Party (CCP), is committing genocide against ethnic Muslim Uyghurs in Xinjiang, an autonomous territory in northwest China – although the matter is less resolved in the international community and Canada’s cabinet, including Trudeau, abstained from the vote.

Preceding the vote was subcommittee testimony from Uyghurs and academics studying the issue. The House of Commons Special Committee on Canada-China Relations outlined part of the motives behind the alleged genocide, in a subcommittee report on Xinjiang.

“Xinjiang is a resource-rich area with important oil deposits. It also borders several Central Asian countries that the Government of China considers strategically important for its Belt and Road Initiative and its pursuit of expansionism.

“Because some Uyghurs desire more autonomy or independence from China, the Government of China considers them a threat to its economic development and prosperity. The Subcommittee was informed that its solution is the elimination of Uyghurs and other Turkic Muslims in the region,” the subcommittee stated in its final report on October 21, 2020.

The BRI is China’s blueprint for foreign economic and cultural expansion. Critics aligned with the United States charge it is a so-called “debt trap” for developing nations. Allies of China see BRI projects as symbiotic economic agreements.
Xinjiang, or East Turkistan, is where four land corridors for BRI projects branch out to Central Asia, Mehmet Tohti, representative of Uyghur Canadian Society, told the subcommittee last year.

The members also informed the House that the Canadian government ought to support entities opposed to the BRI.

“It is important that the Government of Canada …provide support through international overseas development assistance to civil society organizations especially in countries that are geopolitically important to China's Belt and Road Initiative who are raising awareness about the persecution of Uyghurs and other Turkic Muslims in Xinjiang.”

But here in B.C., the provincial government contradicts the subcommittee’s recommendations with its agreement with Guangdong province. At the time of the MOU signing, the BC Liberals did not seek approval from Ottawa; however, Global Affairs confirmed last year to Glacier Media it is now aware of the MOU, which is rare among Western jurisdictions and as such indicative of the provincial government’s close ties with the CCP.

Both the BC NDP and BC Liberal parties have declined multiple requests to be interviewed on the BRI MOU, which outlines a broad policy agenda for trade, economic and cultural agreements and information sharing between the jurisdictions.

Fenella Sung, a member of Vancouver’s pro-democracy group Canadian Friends of Hong Kong, said the MOU ought to be torn up.

“If the provincial government claims they don’t do diplomacy, they don’t do international relations, or they stop at Ottawa’s mandate, why would they sign such a thing?” asks Sung.

“International trade is also international relations. How can they separate the international element from the trade element? They are just playing with words. They are treating British Columbians like fools. And I don’t think they buy it,” said Sung.

This month, Horgan appeared to contradict the notion he does not do foreign policy relations when he penned a letter to Prime Minister Justin Trudeau to state his support for India’s farmers, who are protesting Indian Prime Minister Narendra Modi. Horgan also congratulated U.S. president Joe Biden upon his inauguration January 20. (Biden happens to support the Trump administration’s prior determination that genocide is occurring in Xinjiang.)

Horgan’s statement on India was preceded by street protests in Surrey and Richmond, the provinces’ hub of Punjabi residents. Sung said similar protests in Vancouver, in 2019, by Hong Kong-Canadians against China’s imposed national security law, did not receive the same kind of attention from the premier, whose chief of staff Geoff Meggs raised China’s flag at Vancouver City Hall in 2016 as a city councillor, Sung noted.

Glacier Media has also asked BC NDP supporter/fundraiser Chak Au, a Richmond city councillor from Hong Kong, about Xinjiang. He declined to comment.

Whether genocide is occurring in Xinjiang has yet to be determined by an international body. The Canadian Coalition on Human Rights in China, including Amnesty International Canada, states “cultural genocide” is occurring. And there is indecisiveness within the U.S. State Department legal office, which concluded in January that China’s mass imprisonment and forced labour of Uyghurs amounts to “crimes against humanity” with insufficient evidence to prove genocide, Foreign Policy reports.

Meanwhile, the Chinese government denies any wrongdoing in the region, which is kept under strict control for outside visitations. China has admitted to building “re-education” camps for "vocational education and training" to counter terrorism plots by Uyghurs.