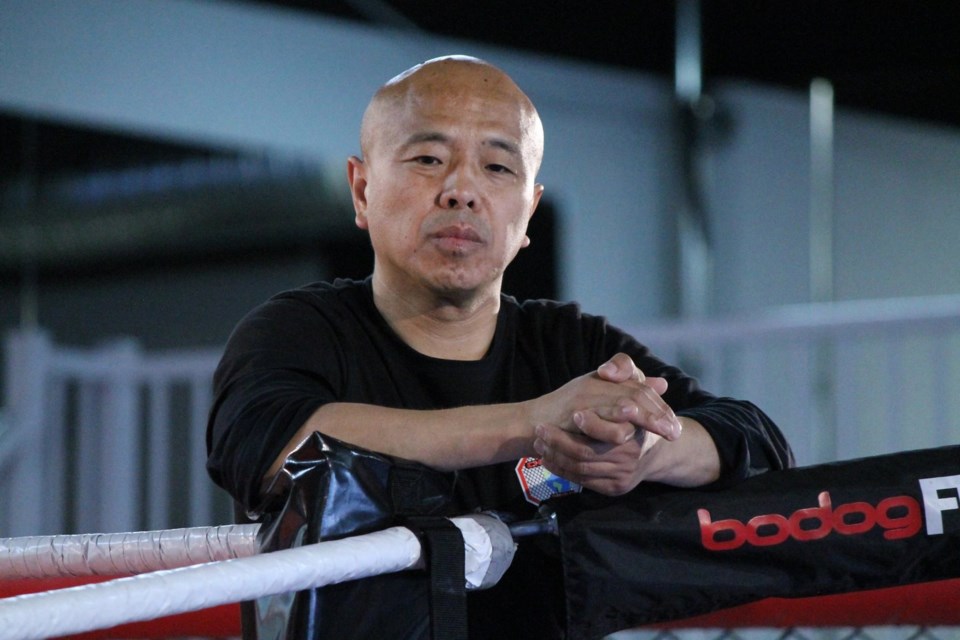 Gateway Casinos solicited VIP gamblers for investments in a hotel and spa expansion at its New Westminster Starlight Casino — and a high-profile, convicted criminal and banned gambler accused of loan sharking took interest.

The Commission of Inquiry into Money Laundering in B.C. heard testimony from two Gateway casino managers about the meeting they had with two VIP gamblers and Paul King Jin on February 27, 2015, at the height of alleged widespread money laundering in B.C. casinos.

Jin, the two VIP gamblers tied to him and Gateway employees Maggie Chiu, VIP host, and Bill Lang, VIP director, gathered in the Starlight parking lot that day to discuss investment opportunities for a new, adjacent hotel and spa to compliment the casino. The five stood next to an empty lot next to the parking lot where the new facility was envisioned.

At the time, Jin was banned from entering casinos and was known by Gaming Policy and Enforcement Branch (GPEB) investigators to be passing money to gamblers outside of casinos, either directly or indirectly using associates.

Jin has a criminal record with convictions for aggravated assault, sexual assault and sexual exploitation, according to claims by the B.C. Civil Forfeiture Office. Jin was a subject of the largest money laundering police investigation tied to casinos around this time. It is alleged he used illegal money service business Silver International Ltd. in Richmond to transfer cash proceeds of crime to gamblers, among others.

The “E-Pirate” investigation ended in stayed charges in November 2018 on a technicality. Jin had not been charged in E-Pirate; however, forfeiture claims against him state investigators determined he had also set up three illegal gaming houses in Richmond.

Last September, MSB Silver International’s director Jian Jun Zhu, who had charges against him dropped, was shot to death in a Richmond restaurant while sitting next to Jin, who sustained minor injuries.

Stone Lee, an investigator with the Gaming Policy and Enforcement Branch (GPEB), testified last October about a meeting between casino employees and Jin to the commission, which is trying to determine what, if any, systemic failures occurred at provincially regulated gambling sites that routinely allowed massive sums of $20 bills to be cashed in. Silver, one of several MSBs in Richmond, was suspected of laundering about $200 million a year.

However, Lee did not provide information on what the meeting was about. But on January 21, testimonies from Chiu and Lang showed that Jin was part of a group of investor-gamblers looking to partner with Gateway.

Lang wrote in an affidavit how he came up with the idea of soliciting VIP gamblers who could be interested in investing in the expansion. He said his past experience working at the El Dorado casino in Reno, Nevada as director of Asian marketing led him to believe an Asian-style spa and hotel would be a good business venture for Starlight.

Lang said numerous VIP gamblers told him that a spa on No.3 Road in Richmond was ‘the best Asian spa in Vancouver.’

Jin operates Water Cube on No.3 Road, which had previously been subject to local bylaw violations in relation to alleged prostitution.

Lang said he visited Water Cube before the meeting.

“I stopped by there to check it out,” he wrote.

“I briefly looked around the spa, but I quickly concluded that it was not the type of facility that I was thinking about for Starlight, as it did not strike me as a high-end spa of the type that are associated with casinos in China,” he wrote.

Lang doesn’t indicate he did an online search of Water Cube, which would have resulted in numerous media reports of criminal activity.

Lang said he didn’t know who Jin was at the time of the meeting, but did remember seeing him before.

He further describes the meeting as largely unmemorable and not resulting in an agreement.

Chiu, via a Mandarin translator, described the solicitation of gamblers as informal.

Chiu also told the commission she didn’t know Jin, nor was she, a licensed casino employee, aware he had been barred from casino grounds.

Commission counsel Patrick McGowan probed Chiu about policies she ought to have been following:

“As the VIP overseeing substantial cash buy-ins, did you ever ask a patron where they got the cash they were buying in with?” asked McGowan.

“Were you ever given any instructions by your employer as to whether or not you should ask about the source?” asked McGowan.

“Did you know that some individuals had been banned for loan-sharking?” asked McGowan.

“That I was not aware of,” said Chiu.

She said her main role was to look after VIP players at Gateway’s Starlight and Grand Villa casinos, the latter being in Burnaby.

McGowan briefly probed around Chiu’s handling of a gambler named Jinwei Fu, who was being provided money by a man named Jack Qin.

The commission is exploring how drug money from Vancouver’s streets was, as alleged, washed through casinos, real estate and luxury goods. The commission has largely focused on the casino aspect, to date, and is set to end its inquiry in May.