Would a residential development at the Telus building on 150 East 8th Street be a case of building a better future? Residents are set to answer that question at a Jan.
Dec 13, 2017 10:04 AM By: Jeremy Shepherd 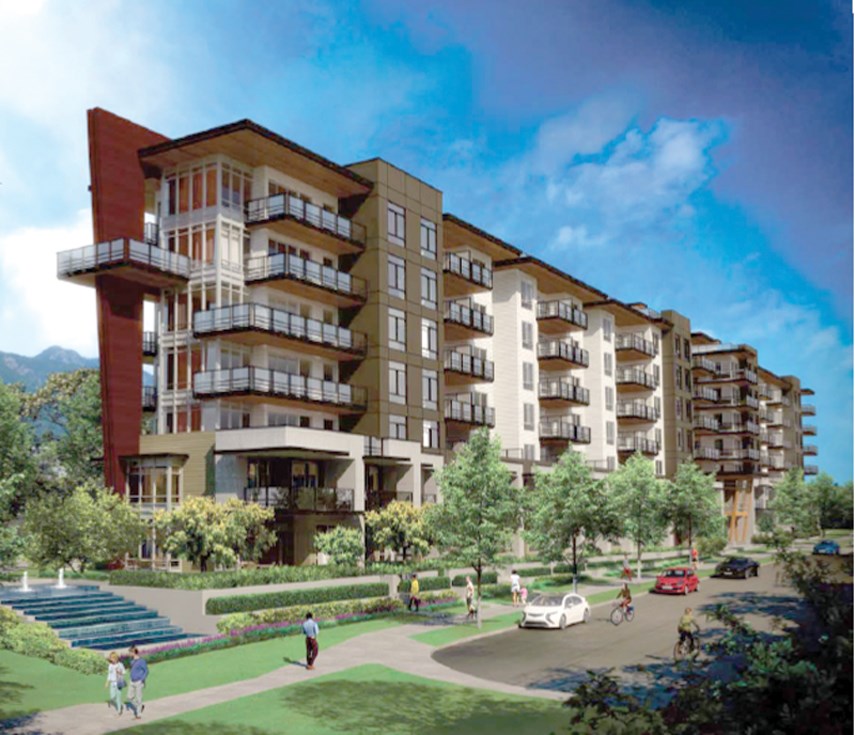 Would a residential development at the Telus building on 150 East 8th Street be a case of building a better future?

Residents are set to answer that question at a Jan. 22 public hearing on developer Crest Adera Projects proposal to build 179 units in two, six-storey buildings as well as 17 townhomes. The buildings would share the site with Telus’ central office building.

Coun. Rod Clark was the only councillor to vote against moving the project to public hearing.

Neighbours have expressed concerns about the building’s height, which would top out at 73 feet, as well as traffic.

The project would also entail moving the East Eighth Street cul-de-sac eastward to allow for more park space as well as public art.

Crest Adera would also recongifure East Eighth Street to allow for angle parking and to facilitate more traffic. At its narrowest point, the lane is currently 4.2 metres, which forces vehicles coming from opposite directions to yield to one another.

The project includes a total of 235 parking spots, including 30 spaces for Telus employees who will work in the building on the eastern side of the site.

The site was considered to “signal a sense of arrival into Central Lonsdale,” according to a staff report written by city planning director Michael Epp

The city’s guidelines allow a maximum of six storeys on the site. Those guidelines also limit floor space ratio – which measures the project’s total floor area against its lot size – to 2.6. That figure includes a 1.0 FSR bonus.

The price of that extra density is $8.1 million in cash and $635,000 worth of new green space, approximately 1,507 square feet on the western side of the site. The project is also slated to include an off-leash dog park.

The project’s preliminary application included 12 units offered for sale at below market rates. However, that component has since been scrapped.