Capilano University will be getting its first student housing on campus, along with more than 160 new neighbours on Purcell Way.
Dec 13, 2017 9:22 AM By: Brent Richter 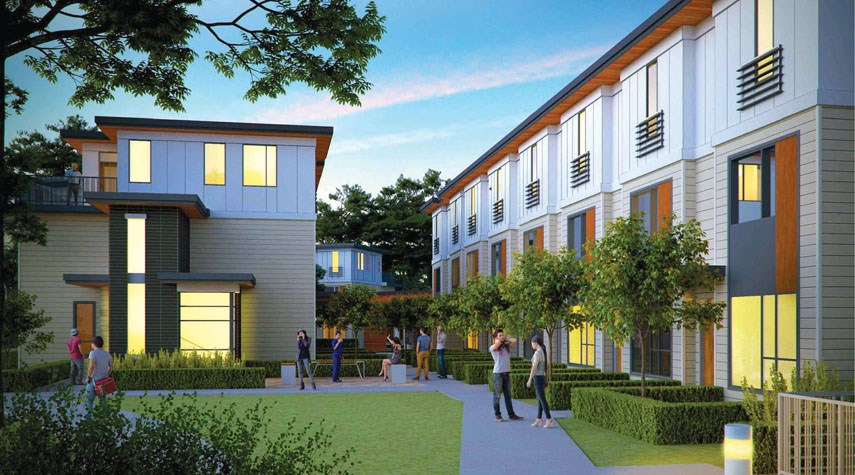 Capilano University will be getting its first student housing on campus, along with more than 160 new neighbours on Purcell Way.

District of North Vancouver council voted 6-1 Monday night to approve Woodbridge Northwest Homes’ proposal for 124 condo units and 60 townhouses at 1923-1959 Purcell Way along with 60 200-square-foot micro-suites in a separate building owned by the university on Greg Lee Way.

Owners of the 90-unit complex voted 84 per cent in favour of selling the property to the developer for $29.5 million after learning it would cost them roughly $100,000 each to fix.

At a public hearing held last month, many of the owners turned out urging council to vote in favour of the project, their only hope of being saved from bankruptcy.

Holdouts from the complex, however, argued the money on the table wasn’t enough for them to stay in North Vancouver. A B.C. Supreme Court judge approved the dissolution of the strata earlier this year.

Council had critiques and praise for various aspects of the project, but it was the provision of student housing that drew the most support.

“Capilano University has 8,000 students. Some of them are currently living in cars. Some of them are living in forests. That’s not in the interest of CapU. It’s not in the best interests of North Vancouver district,” said Coun. Jim Hanson, noting that having condos adjacent to the campus would also be appealing to staff and faculty who don’t want to commute long distances.

Coun Lisa Muri said she supported student housing and that, in the new year, she will be bringing forward a motion lobbying the province to free up existing provincial dollars to build more student housing on campus.

But she voted against the project on the grounds that it would be very difficult for the existing owners to buy back in on the North Shore and because she didn’t want to set a precedent for the owners of other older buildings.

“I don’t want to send a message to the community, to strata owners or rental buildings that if the building begins to fall apart, we’ll rezone it and give you more density and you can negotiate with a developer. Because we’re losing some affordable strata. We’re losing some affordable rental. We’ve already lost residents that left the community that lived here and raised families here,” she said.

Also of note in the proposal is the “unbundling” of the 276 parking spaces from the residential units.

Buyers would have to purchase their own spaces, which could either make the units cheaper and more attractive for people who want to live car-free, or create a run on street parking permits, depending on who you ask on council.

“That could make a big difference on someone who might be getting into a one-bedroom unit,” said Coun. Mathew Bond.

But, Roger Bassam countered, as long as the district charges less than $30 a year for a street parking permit, it just draws more drivers to park on the street.

“Fundamentally I have a problem with that. I know there’s already a shortage of parking in that neighbourhood so I’m really concerned about the unbundling,” said Coun. Roger Bassam.

“I think this is a win-win for all and I think the side-effects of parking and other impacts on residents is minor compared to the pluses of student residences and a rebuilt development there,” said Coun. Robin Hicks during the meeting.