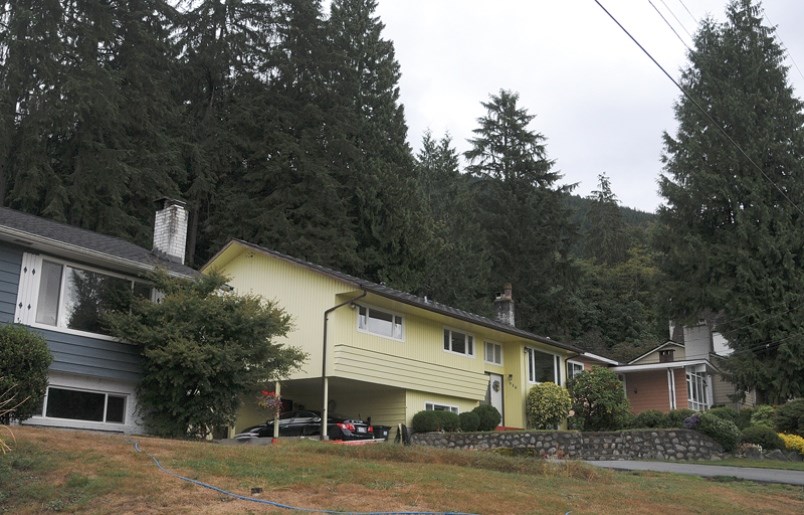 This article has been amended.

In a Solomon-like decision, District of North Vancouver council unanimously decreed Upper Capilano lots can be cut in half at a Monday night meeting.

The new policy allows for 138 lots to be split into 197 lots in the neighbourhood bordered by Cliffridge Avenue and Belvedere Drive and including portions of Prospect and Clements avenues, as well as Canyon and Montroyal boulevards.

Both Hanson and Mayor Richard Walton noted that despite nearly-unanimous support for the bylaw at a public hearing, there was also a strain of quiet opposition. “It was by no means unanimous within the neighbourhood,” Walton said, noting he received 12 emails from neighbours opposed to the new measure.

Walton had expressed some misgivings about the proposal at a previous meeting, suggesting property owners might split a house worth $1.8 million and build two homes worth $1.8 million each. Having lived in and around the area since 1957, Walton encouraged homeowners who subdivide to “work as a neighbourhood,” to ensure district blocks aren’t overwhelmed by overlapping construction schedules.

Given that the infill homes will still sell for around $2 million, the issue of affordability is “not really that relevant,” noted Coun. Mathew Bond.

Still, the 3,100-square-foot homes may offer housing for residents hoping to trade up from townhouses.

Both Hicks and Coun. Roger Bassam suggested the policy might be a good fit in other district neighbourhoods.

“Sooner rather than later,” council will need to assess the surrounding area, according to Bassam, who suggested that while the bylaw is a good idea, “it’s probably not enough.”

It’s an idea that has been floated since the days when the district mayor was known as the reeve, Coun. Lisa Muri noted.

Muri was critical of the public process, suggesting the district selected an area and then divided that area “in order to hear, maybe, what we wanted to hear.”

In order to maintain the neighbourhood character amid the change, Muri suggested homeowners be discerning when selling their property. “Maybe think about who you’re selling that lot to,” she suggested.

Turning 66-foot lots into 33-foot lots should help the district avoid the missteps of other municipalities, according to Coun. Doug MacKay-Dunn. “I certainly don’t want us to repeat the mistake of West Vancouver in the British Properties,” he said.

MacKay-Dunn singled out resident Grig Cameron for persuading him to support the proposal. MacKay-Dunn emphasized that infill housing is mentioned in the district’s official community plan, that a number of the neighbourhood homes date back 60 years, and that the neighbourhood is served by four bus routes.

Property owners looking to subdivide still must undergo a regulatory process but no longer need to come before council. Once fully built out, district staff estimates the infill area would bring 60 more vehicles per hour through the neighbourhood during the afternoon rush.

This article has been amended to note that support for the proposal at a public hearing was not unanimous. While 28 speakers favoured the proposal, council watcher Corrie Kost opposed the change.