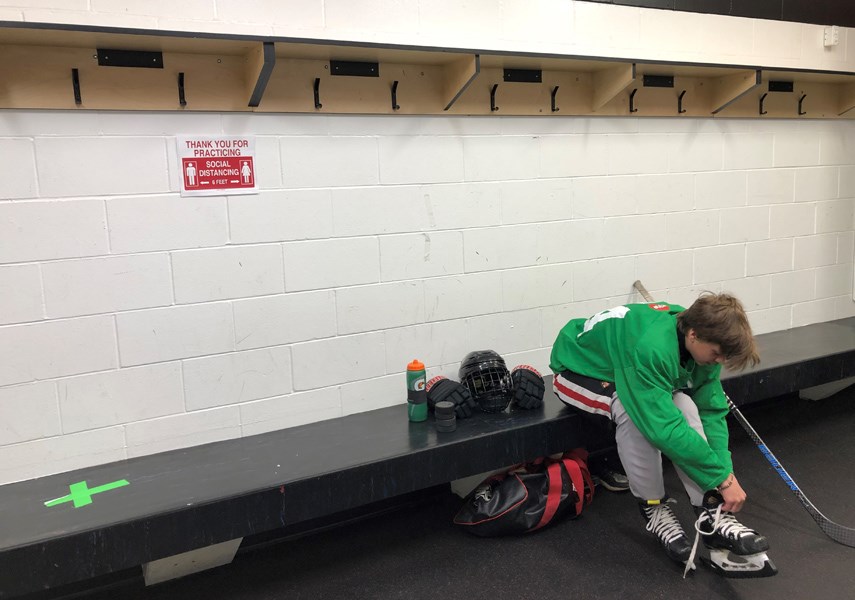 Minor sport organizations across British Columbia are accelerating their plans to return to the field of play following the release of provincewide Return to Sport Guidelines on Monday.

The guidelines were produced by viaSport, in conjunction with WorkSafe BC, to help sport organizations develop their own plans for returning to action following the cessation of all activity due to the COVID-19 pandemic. According to viaSport, a provincial agency that oversees more than 70 B.C. sport organizations, individual sport provincial governing bodies are now tasked with creating their own detailed plans for bringing their sports back while considering the safety of participants, staff and the community.

Maintaining physical distancing, minimal sharing of equipment, focusing on skill development and small group training, and remaining focused on local communities are some of the key considerations outlined by viaSport.

“For the foreseeable future, sport should be more geared towards community participation and training rather than games and provincial competition,” viaSport’s release stated.

Today BC Soccer released an update on their return to play plan, indicating that member clubs could be able to officially resume modified training programs on June 12 provided they have followed the steps set out by the provincial soccer governing body. On Monday, Baseball BC stated they will soon release their return to play guidelines, but cautioned that on-field activities will not resume right away.

“We caution baseball stakeholders that several things still need to happen before any on-field activity can begin,” the release stated. “This will take some time.”

Youth baseball seasons across B.C. were paused before they began this year, as the COVID-19 crisis came as many leagues were in the process of picking their spring teams and finalizing their schedules. They may not yet know exactly when it will happen or what it will look like, but the North Shore Baseball Association is working on plans to get back on the field soon.

“We are reviewing this information and looking forward to additional information from both Baseball BC and B.C. Minor Baseball shortly,” NSBA vice-president Jon Alpen told the North Shore News. “As an association, we want to resume play as soon as possible in a safe and responsible manner. Many of our players and their families can’t wait to get back to baseball this year and we are doing everything we can to make that happen.”

Many B.C. hockey leagues had just completed their winter seasons or were in the middle of their playoffs when COVID-19 put an end to play, and spring hockey seasons have also been scuttled. At the North Shore Winter Club, a private facility with its own minor hockey association, players have started getting back on the ice in recent weeks in very limited numbers and under strict safety protocols. Team play, however, is still a ways away.

“The hope of all of us is that hockey returns in the fall just as it normally does; with tryouts, and tiering games, contact and non-contact options for every boy and girl, and everything else that we are used to in September and October,” read a message to members sent by the club’s hockey department and minor hockey committee. The club, however, indicated they would be working on a Plan B in the event that hockey does not resume as normal in the fall.

“In the event that the traditional PCAHA season is cancelled, we are prepared to deliver numerous options, which may include operating our own league out of the NSWC to ensure all our members have access to a safe, competitive league as well as a recreational league which will follow all of the health authority guidelines.”

During her daily press briefings over the past several weeks, provincial health officer Dr. Bonnie Henry has said that getting people – young people in particular – back outside and taking part in physical activity was an important concern as the province begins loosening some COVID-19 restrictions. She has also noted the public is at little risk of contracting the coronavirus while outside, and that there appears to be very little risk of children contracting COVID-19, getting sick from the virus or transmitting it to others.

When sport governing bodies finalize their return to play plans they will be posted on the viaSport website. As of the afternoon of June 3, sport specific guidelines had been posted for only archery and rowing.