Here's your chance to learn from the first ever Canadian woman to compete in sport climbing at the Olympic Games
Jun 2, 2021 5:55 PM By: Andy Prest 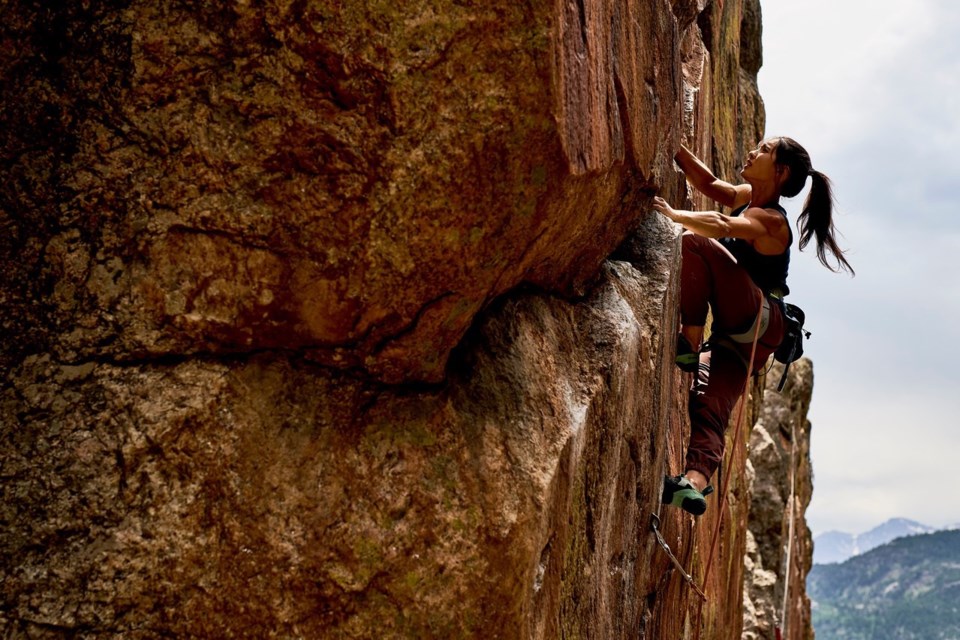 North Vancouver's Alannah Yip shows off the skill that earned her the title of Canada's first ever female Olympian in sport climbing. Yip will present a climbing clinic as part of the 2021 Vancouver International Mountain Film Festival. Arc’teryx

Want to learn how to climb from the first ever Canadian woman to make it to the Olympic Games in sport climbing?

Now is your chance as North Vancouver’s Alannah Yip will present a pre-recorded sport climbing clinic as part of the Best of Climbing Show this month in the annual Vancouver International Mountain Film Festival. Yip’s 16-minute clinic will be targeted to beginner and intermediate sport climbers, providing tips and tricks to improve your skills for climbing while clipping bolts.

There aren’t many better in the world to learn from than Yip. She will represent Canada this summer in Tokyo where climbing will make its debut as an Olympic sport. The 27-year-old is a seven time senior national champion and holds the “first female ascent” distinction for some of British Columbia’s trickiest climbs, including Pulse 5.14a in Cheakamus Canyon, Squamish. She also holds a mechanical engineering degree from the University of British Columbia.

Yip’s clinic is part of VIMFF’s Best of Climbing Show, available for $15. The show also includes three climbing films, a live virtual workshop with adventure photographer Corey Rich, and another climbing clinic from Will Stanhope.

The viewing period for the films runs from June 9 to June 23. Visit the VIMFF website for more information.