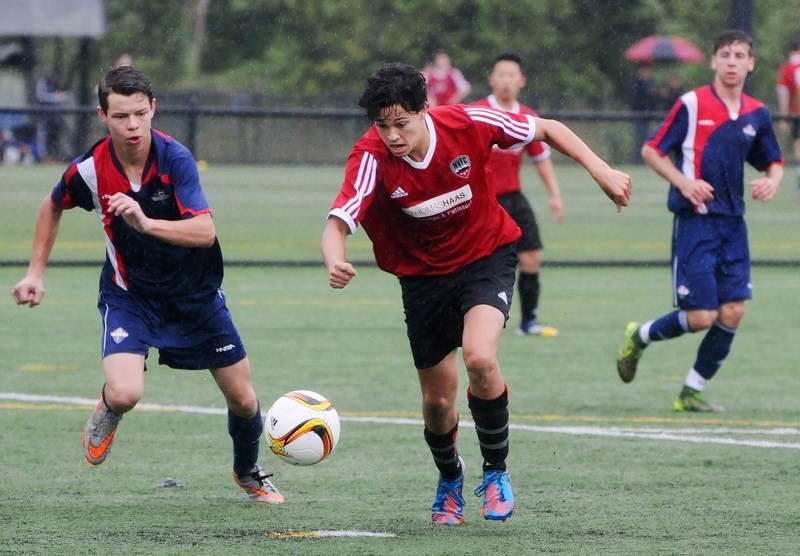 NVFC teams have been hitting the pitch since 2010 when the club was formed from an amalgamation of the Lions Gate, Lynn Valley and Mount Seymour soccer associations. file photo Cindy Goodman, North Shore News

The North Vancouver Football Club will be taking its game to a new level starting in September of 2021.

NVFC, the largest soccer club for boys in the Lower Mainland, recently announced that it had been awarded a National Youth Club License, the highest club designation for the Canadian Soccer Association. According to the club, the new designation will allow NVFC to field teams in the BC Soccer Premier League starting with the 2021-22 season.

NVFC was formed in 2010 as an amalgamation of the Lions Gate, Lynn Valley and Mount Seymour soccer clubs and currently boasts more than 3,300 youth players and 100 adults players.

“We could not have received a better 10th birthday present than this,” said NVFC president Stuart Ince in a release. “Every year for the last 10 years our best young U12 players have graduated to play in other Premier League clubs. As a recipient of this license, these players will now be able to play their entire soccer career at NVFC.”

The BC Premier League is currently made up of eight clubs, including Mountain United which represents the North Shore and Burnaby, fielding elite boys and girls teams in age groups ranging from under-13 to under-18.