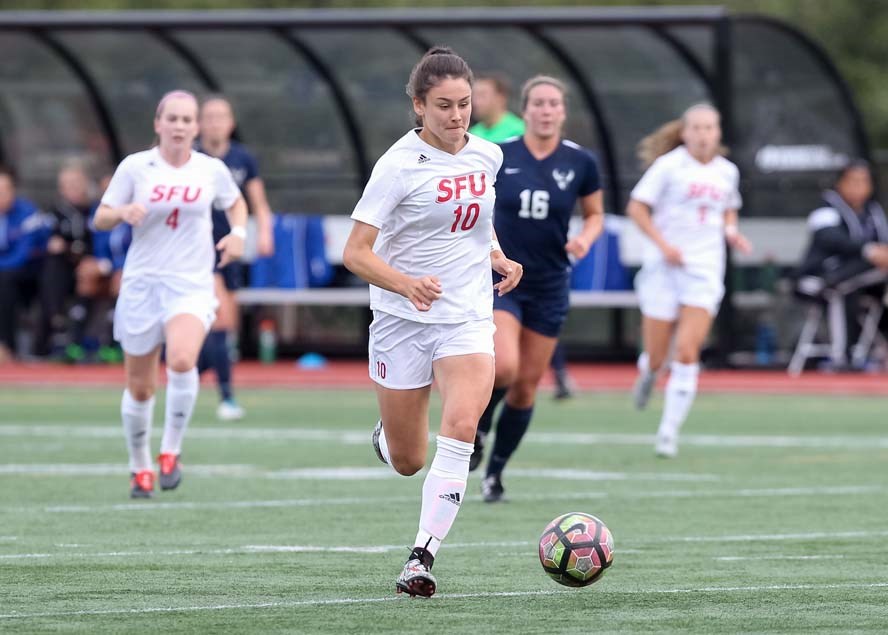 If first impressions really do provide an accurate portrayal of reality, then Windsor secondary grad Emma Pringle is on her way to becoming one of the greatest soccer players in the history of Simon Fraser University.

The rookie forward made her NCAA debut earlier this month and scored both goals for the Clan in a season-opening 2-0 win over the Academy of Art Urban Knights.

Pringle hasn’t slowed down much since, notching two more goals to lead the team with four markers in the first six games. The rest of the team has combined to score one goal.

Pringle’s third goal of the year came in a 1-0 overtime win over Cal State Dominguez Hills during SFU’s pre-season swing through California. Pringle then scored her third game-winning goal of the year in a 2-0 win over Central Washington Sept. 22 to open regular season play in the Great Northwest Athletic Conference.

Pringle will get a chance to continue her blazing start Thursday, Sept. 29 when the Clan host Seattle Pacific University in GNAC action. Kickoff is scheduled for 4:30 p.m. at Terry Fox Field.