What disability advocates want and where the parties stand

$300-a-month supplement was a lifesaver for many of the one in four B.C. residents who have a disability. NDP, Liberals and Greens are asked if it will be extended after the pandemic
Oct 13, 2020 3:13 PM By: Moira Wyton 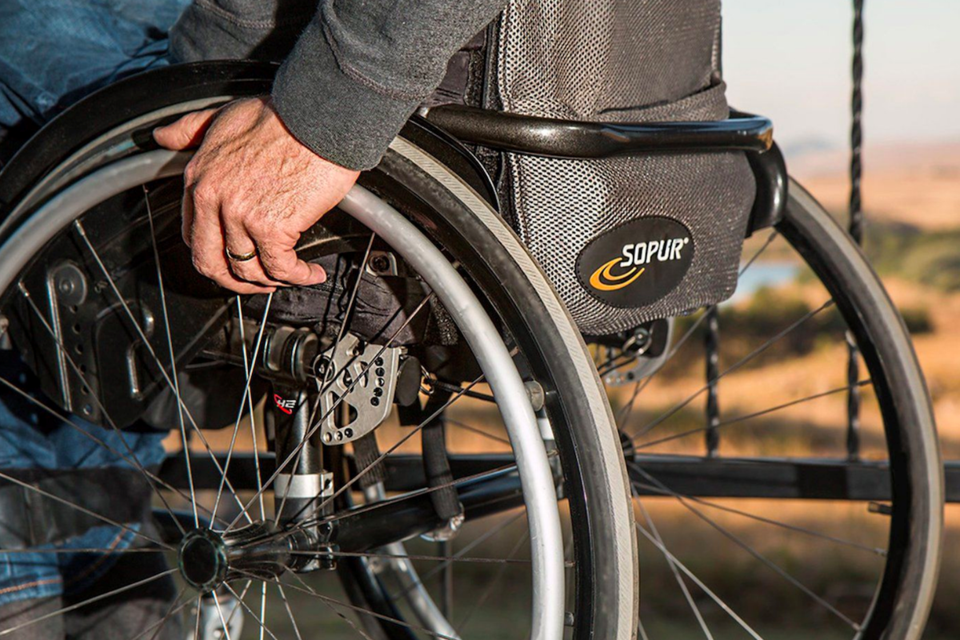 People living with disabilities in BC face assistance rates below the poverty line and limited access to housing and other essentials.Steve Buissinne/Pixabay

Ending poverty for people with disabilities and building accessibility into the fabric of housing, health care and employment should be on the agenda for the next government, disability advocates say.

Almost one in four people in B.C. live with a disability, and that number will grow as the population ages and individuals become ill later in life.

“It was life-changing to develop a disability, having to leave work, navigate the medical system and all the adaptive medical equipment. And doing that under the constant weight of living in poverty, it was soul-crushing,” she said. “It’s just  constant stress that’s in your head.”

The government introduced a $300-per-month pandemic supplement for people on income and disability assistance, a life-changing boost for many.

Advocates say the increase should be made permanent and assistance rates indexed to inflation by the next government.

Even with the extra payment, disability assistance for a single person is about $1,480 a month, far below the  poverty line of about $1,600 in B.C.

Liberal candidate for Surrey South Stephanie Cadieux said her party would not cut assistance rates, but  wouldn’t say whether it would raise them or continue the supplement after the pandemic.

“We’re in a pandemic, we’re in a circumstance where people are struggling, right now is the time when  social programs, health care, education, all of these things need to be  maintained and strengthened for the purposes of ensuring everyone has  what they need,” said Cadieux, who previously served as minister for social development and uses a wheelchair.

The NDP government raised some rates  incrementally and introduced the top-up in March and then later extended it until December.

But the New Democrats said raising the rates permanently would be a budget decision for February 2021.

“Government will need to make  determinations about whether some [benefits] are extended or adapted or  changed,” said Shane Simpson, minister for social programs and poverty  reduction who is not seeking re-election. A coming report from the  province’s panel on guaranteed income could also have implications for  people with disabilities when it is released in December, he said.

The BC Greens did not respond to a request for comment in time for publication.

McCain said the low rates make it difficult  for people with disabilities to afford housing and food, let alone  afford assistive devices and equipment that help them get around, work  and socialize safely.

She’d like to see coverage of these  technologies, like home lifts or communication devices, expanded and  made easier to apply for. Therapies that help ease pain and discomfort  for some should also be covered by the provincial medical services plan,  McCain said.

Cadieux said the Liberals would update the  building code to prioritize accessibility and increase the supply of  accessible homes, currently in short supply. They would also revive a  grant program to support accessible renovations and retrofitting in  people’s homes.

The NDP would focus on  ensuring elements of universal design — spaces that are usable for  people of all abilities — are incorporated into new public housing  builds, and that small modifications for accessibility are possible.

McCain and the Disability Alliance of BC  said there needs to be protection for renters with disabilities to  ensure they are prioritized for accessible public housing units.  Accessible units often go to people who don’t need those features, she  said.

Very few units, even in subsidized or  below-market housing, are affordable given the $375 shelter allowance  included in disability rates. Measures to increase accessibility are  meaningless if people can’t afford housing.

Both the Liberals and the NDP also promise  to introduce accessibility legislation. The New Democrats version was  slated to be introduced in the legislature this fall until the election  was called.

Cadieux was critical of the NDP’s decision to do another consultation with the disability community, noting the  Liberals had gone through a similar process in 2014. But Simpson said it  was important to ensure provincial legislation complements the federal  Accessible Canada Act introduced in 2019.

Both McCain and Loh agree any legislation needs to have “teeth” to enforce accessibility standards in order to  make a real difference in health care and access to services.

One problem area that Cadieux vowed to address was ensuring people with developmental disabilities can have an  advocate with them when getting hospital care. COVID-19 restrictions  made that more difficult.

McCain said the next government also needs to ensure people with disabilities facing a mental health crisis have  supports that don’t rely on police. People also need ongoing support in  dealing with the stress that comes from navigating life with a  disability, she said.

Loh would also love to see the next  government consult more with young people with disabilities who live in assisted living and long-term care facilities alongside seniors, but  with very different physical and social needs.

Both Cadieux and Simpson stressed the  importance of workforce supports for people with disabilities, who have  been hit hard by the pandemic. But advocates cautioned that people with  disabilities who aren’t able to work deserve as much respect and support  as anyone else.

And while harmful attitudes and assumptions  about people with disabilities will take time to change for the better,  both Loh and McCain agree the most immediate way to help people with  disabilities live and participate is to increase assistance rates.

The Canada Emergency Response Benefit was  set at $2,000 per month as the minimum needed for an adult to live. So  why, they ask, are people with complex needs and often families of their  own expected to live on so much less?

McCain remembers missing health  appointments because she couldn’t afford to take transit on her  assistance cheque, and hopes a permanent increase can help prevent that  for other people with disabilities.

“A lot of people think that the province is  giving money to people with disabilities and that’s enough,” said  McCain, noting that many more people will develop disabilities as they  age or become ill.

“But it is not enough, and living in poverty adds so many weights to your life.”

Moira Wyton is a Local Journalism Initiative reporter with The Tyee, where this article first appeared.