The North Shore continues to be one of the most attractive regions in Canada for new immigrants, according to Statistics Canada’s recently released 2016 census figures. Since 2001, West Vancouver’s population has grown by 259.
Nov 3, 2017 8:04 AM By: Jeremy Shepherd 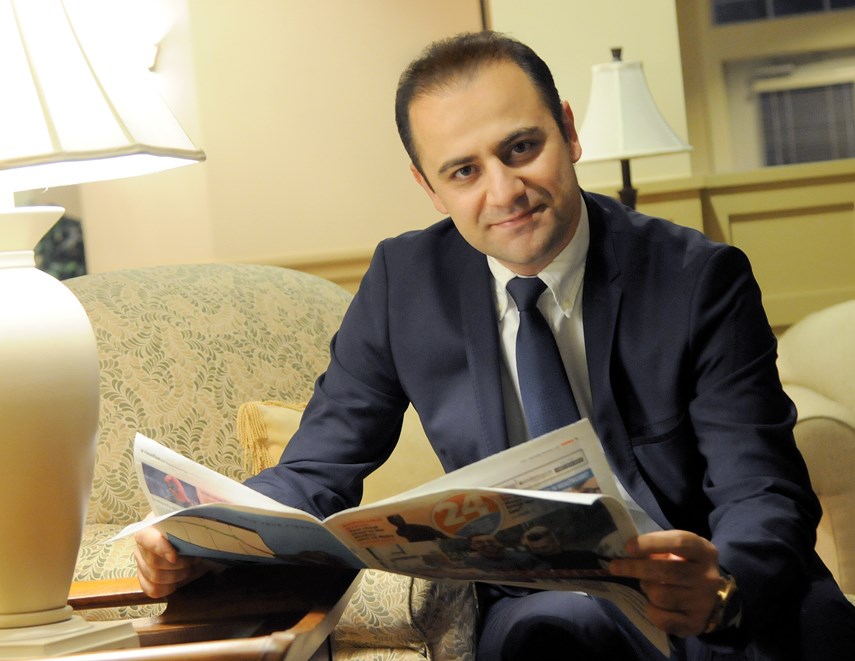 The North Shore continues to be one of the most attractive regions in Canada for new immigrants, according to Statistics Canada’s recently released 2016 census figures.

Since 2001, West Vancouver’s population has grown by 259. However, the municipality’s immigrant population rose by 3,840, bringing West Van’s overall percentage of immigrants from 36 to 44 per cent.

The City of North Vancouver’s population jumped by almost 8,000 between 2001 and 2016, buoyed in part by an immigrant population that now accounts for 38 per cent of the city’s population, a four per cent hop since 2001.

The District of North Vancouver was comparatively steady, as its population grew by 2,570 from 2001 to 2016 and its immigrant population nudged up from 30 to 31 per cent.

Overall, approximately 36 per cent of the North Shore’s population is comprised of immigrants.

For Hamed Ranapour, a telecommunications specialist from Tehran, Iran, living in North Vancouver was intended to be a temporary measure. However, as he and his wife planned to start a family he found himself enchanted by Lynn Valley’s friendly people, serene environment, and proximity to downtown Vancouver.

“North Van is the best place to start,” he said. “I know that sometimes, economically, it’s not that affordable.”

Ranapour credits the North Shore Multicultural Society with making his transition an easy one.

The society was indispensable in helping him understand B.C.’s medical services plan and job market.

“They gave good advice, especially for newcomers,” he said.

Ranapour said he recommended North Vancouver to a former colleague who considered moving to Canada.

“In the beginning you need to be somewhere that you feel comfortable,” Ranapour said. “For the start of your new life, North Van is the best place.”

Overall, fewer immigrants settled in British Columbia between 2011 and 2016 compared to the previous census period. Conversely, there was a pronounced uptick in the number of immigrants who moved to Alberta and Saskatchewan.

The immigration rate dipped by seven and six per cent in West Vancouver and the District of North Vancouver, respectively.

Overall, 50 fewer immigrants moved to the North Shore between 2011 and 2016 compared to the previous five-year census period.

However, the immigration rate jumped by 13 per cent in the City of North Vancouver as the municipality welcomed 3,740 immigrants between 2011 and 2016 compared with 3,305 during the previous census period.

The city’s density makes it attractive for newcomers, many of whom settle along the Lonsdale corridor, according to Alison Dudley, co-ordinator with the North Shore Immigrant Inclusion Partnership.

“Any time we ask immigrants what attracted them to the North Shore, we hear pretty much the same things as long-term residents say ...  the beauty of the area, the mountains, the proximity to the ocean,” Dudley said.

However, seeing fewer immigrants move to the North Shore is troubling given the “gaps in the labour market,” Dudley said.

“Employers are still very concerned about skill shortages,” she said, noting most North Shore immigrants tend to have backgrounds in tech, trades, and engineering.

Approximately 80 per cent of new immigrants to the North Shore were admitted under the economic category, about 20 per cent more than the Canadian average.

Nearly half of the 9,925 immigrants who arrived in Canada between 2011 and 2016 hailed from Iran and China.

Across the country, 21.9 per cent of Canadians identified themselves as landed immigrants or permanent residents in the census.