A new ride-hailing company, Apt Rides, has plans to focus on North and West Vancouver when it rolls into operation this spring. The Passenger Transportation Board recently granted a licence to the company to operate the ride-hailing service.
Feb 18, 2020 8:00 PM By: Jane Seyd 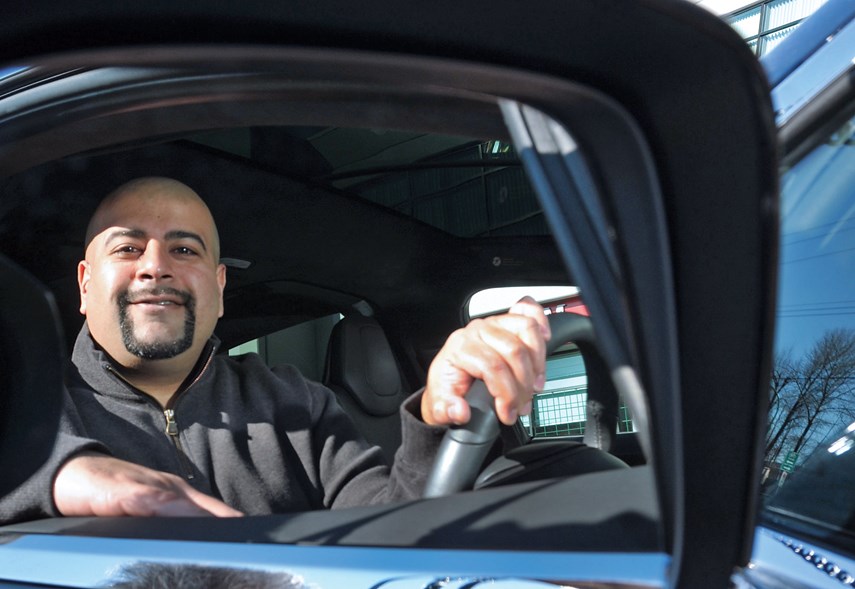 A new ride-hailing company, Apt Rides, has plans to focus on North and West Vancouver when it rolls into operation this spring.

The Passenger Transportation Board recently granted a licence to the company to operate the ride-hailing service.

Owner and former taxi driver Garrindar Parhar, who lives in West Vancouver, says he’s keen to get a local ride-hailing service up and running.

“I just felt that we needed a local alternative to Uber and Lyft,” said Parhar. “Just based on, you know, the history of those companies and what they stand for. I felt like a local company could provide service that’s more in line with the values of our community. I want to do something differently.”

While Uber does operate on the North Shore, the company’s rollout has been slow locally, primarily caused by a lack of drivers. So far, Lyft doesn’t operate in North or West Vancouver.

Parhar says his plan is to recruit drivers who already live on the North Shore “as opposed to hiring drivers anywhere in the Lower Mainland who might not want to come out to the North Shore, especially when there’s traffic on the bridges.”

Parhar says he grew up on the North Shore and has worked in the taxi industry here. “I drove taxis when I was younger,” he said. “I’ve worked in a taxi office.”

Parhar said he knows first hand the difficulties people face getting taxis out to some neighbourhoods or getting taxis to take people home to the North Shore from downtown.

In his application to the Passenger Transportation Board, Parhar noted that when he was driving and dispatching taxis on the North Shore “during peak times and in less dense neighbourhoods passengers routinely wait 20 to 60 minutes for a taxi,” adding that “taxi boundaries prevent taxis operating in the North Shore from picking up passengers in Vancouver and bringing them back to the North Shore.”

Parhar also told the board “some Vancouver taxi drivers refuse trips to the North Shore because of congestion on the two bridges connecting it to Vancouver, or because they can make more money staying in the busy downtown core.”

Parhar said most of the problems are caused by outdated taxi regulations that geographically limit where cabs can pick customers up.

“You see people from the North Shore who weren’t able to get back home,” he said. As a ride-hailing service, however, he won’t face those limitations.

You probably won’t be seeing any Apt cars on the road for a couple of months, however.

Parhar said he wasn’t sure if he’d get approval from the board, so waited for the green light before moving ahead on his business plan. His goal is to be operational in May.

Parhar said hopes to eventually recruit between 100 and 200 drivers, drawing those people from other ride-hailing services, from the taxi industry and from pools of other commercial drivers, like truck drivers. At full capacity, he hopes to operate with 50 drivers at a time.

According to Parhar’s application to the province, he plans to do regular vehicle and driver safety checks and drivers will be required to have their vehicles serviced every two months. He also plans to provide incentives for drivers with accessible vehicles for passengers with disabilities.

For now, he’s working with a software company, FutureQuest, on developing the app that will drive the service, similar to apps that work with other ride-hailing companies.