Parent Kulvir Mann says a new partnership between the police and the non-profit MedicAlert Foundation will help give her peace of mind if her son ever goes missing. Mann’s 10-year-old son Saajin has autism and does not communicate verbally.
Dec 11, 2017 10:04 AM By: Jane Seyd 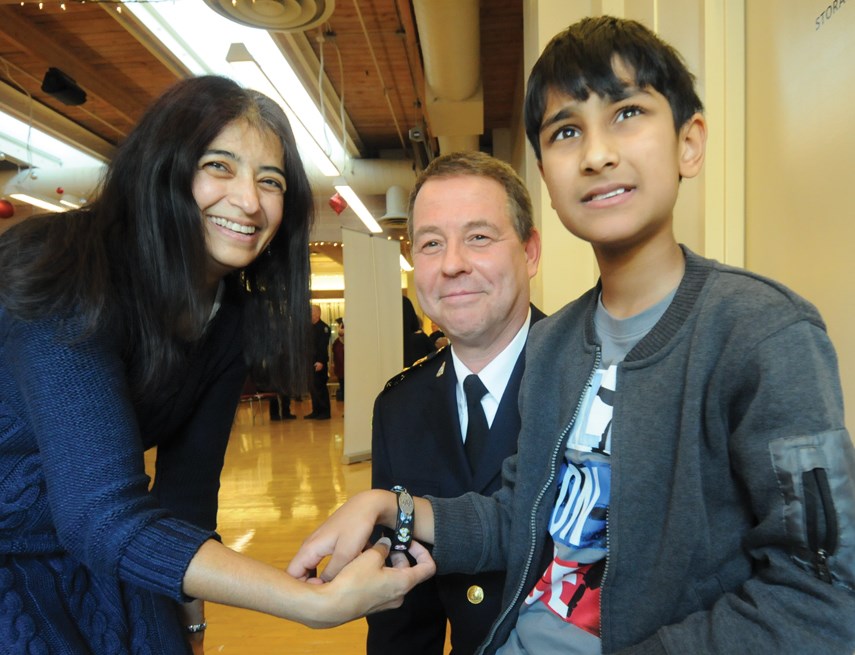 Parent Kulvir Mann says a new partnership between the police and the non-profit MedicAlert Foundation will help give her peace of mind if her son ever goes missing.

Mann’s 10-year-old son Saajin has autism and does not communicate verbally. He also doesn’t like crowds, so “in a mall right now at Christmas time, he could let go of my hand and just take off,” said Mann.

If someone asked who his parents are or where he lives, he wouldn’t be able to tell them, she added.

For those reasons, Mann is enthusiastic about a new program which allows families to register people with cognitive impairments in a database that can be shared with local police.

This week, the West Vancouver police became the 10th police force in Canada and the third in B.C. to sign on to MedicAlert.

The agreement means in emergency situations, officers will have access to MedicAlert’s database in cases where family members have registered information like the name, address and special medical or communication issues of a relative who may not be able to provide that information themselves.

People with Alzheimer’s, dementia, autism or brain injuries are among those whose family members might make use of the alert system.

In cases where a person with dementia has “wandered”, a database can provide information like old neighbourhoods where that person has lived in the past and may turn up in, or warnings about how to approach a person so as not to alarm or frighten them, and an up-to-date photograph, said Const. Jeff Palmer, West Vancouver police spokesman.

When a person is registered on MedicAlert, a service that costs about $60 per year, they receive a bracelet, watch or other similar device with an ID number so police can call a hotline or access a database online. That can save a lot of time and effort in reuniting people with their caregivers or families, said Palmer.

Palmer said under the agreement with MedicAlert, police only access the database for a specific purpose and don’t hang on to the information.

That can alleviate privacy concerns some people may have about pre-emptively handing over personal information about family members to police directly, he added.

Mann said only limited information is shared with police. “It’s not like his whole medical history is on there.”

Mann said for her, the important message is that help will be easier to get for her son – if he ever needs it.

“I’m very supportive of this,” she said.