The District of West Vancouver council has supported a new report that recommends ways to protect neighbourhood character and prevent new out of place monster homes
Dec 10, 2020 7:05 PM By: Elisia Seeber 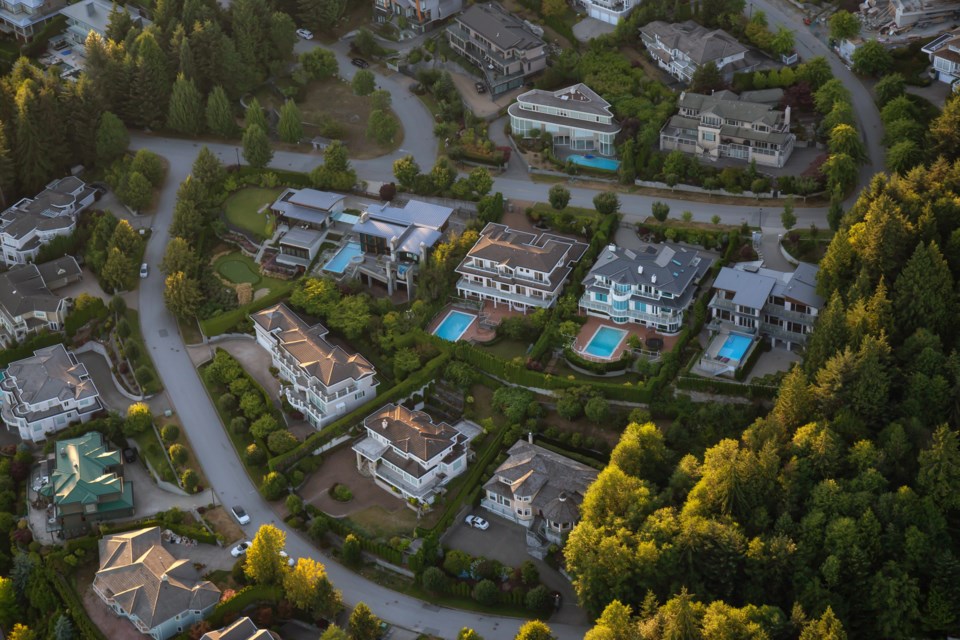 The District of West Vancouver finally has a plan, after many years, to protect neighbourhood character and prevent new out-of-place monster homes.

Council voted unanimously to support more than 30 recommendations put forward in the final report by the Neighbourhood Character Working Group at the Dec. 7 general meeting.

The purpose of the working group, appointed in 2018, was “to propose regulations and policies that respect and sustain the character and heritage of West Vancouver single-family neighbourhoods.”

It has been a long process for the working group to reach this point, involving “countless volunteer hours,” educational workshops, and community consultation during the past 26 months. Maintaining neighbourhood character is an issue that has arisen over the past two decades, and many have tried to solve the problem before them.

Through community consultations, the working group found four common neighbourhood character concerns, which they have attempted to address.

Those being the size of houses that appear out of scale with the neighbourhood, a.k.a "monster houses," a lack of diversity of housing price points and livable options for the community, an increasing use of hard landscaping, and little consideration for neighbours by builders and designers of new homes.

The result is a 34-page report with 35 recommendations across six categories; reducing actual building size, encouraging suites and coach houses, limiting the visual impact of houses as seen from the street, a push for more green landscaping, simplifying building processes, and earlier neighbour consideration from builders.

“Neighbourhood character is important to people for a lot of reasons; it has to do with the value of their land and the quality of their life. So, we had those in mind, all the way through, all the time,” said Tom Dodd, chair of the working group, during his presentation to council.

The first goals he highlighted were sizing houses appropriately for the lots in their neighbourhoods and introducing regulations that make houses appear smaller.

“Generally, we like to encourage smaller houses, but West Van is a very, I suppose, high-end community,” said Dodd.

“The real estate is expensive, and there's a lot of large lots. … We thought that if you've got a large enough lot in a neighborhood of large lots, there’s no reason that you shouldn't be able to build a big house in West Vancouver if that’s what you want to do.

“For houses that are in the more cohesive or compact neighbourhoods in Ambleside, Dundarave, even toward the west of the district … we wanted to make sure that those houses were sized appropriately for the lots.”

To do this, the working group suggested reductions to the floor area ratios (the area of the house divided by the area of the lot) of new homes, and adjustments to rooflines, setbacks, and visible basements.

“Our recommendations really revolve around reducing the floor area ratio from a current 0.35 to 0.30 [on lots larger than 7,285 sq ft],” Dodd said.

Back in the 1980s, floor area ratios were as high as 0.45 of the lot area and were later lowered to 0.35 plus buried basement along with other “bulk” modifications.

“An analysis of recent real-estate ads showed that when including exempt basement area, the actual gross floor area for many new homes built in recent years is over 0.50 times the lot area, many approaching 0.60,” the report highlighted.

“We'd also like to make it easier to subdivide large lots where it's appropriate,” he said.

“If the lots are large enough, we'd rather see two appropriate-size houses rather than one monster house on those lots.”

To keep West Vancouver looking green, the report encouraged introducing more green landscaping to partially screen houses, walls, and fences from the street and boulevard designs that tie into the lot and surrounding homes. It also recommends renovations of older homes rather than demolition to promote sustainability and diversity.

Feedback from the community on the final recommendations has been positive so far, said Dodd, with more than 80 per cent of respondents in favour or offering no comment on most of the changes.

The most contentious matter was changing the floor area ratio, but it still received over 70 per cent support.

“There were quite a few of the architects that we talked to who said, ‘size is not the issue it's bad design that's the issue,’ and we don't necessarily disagree with that, but unfortunately the Local Government Act does not allow us the ability to control style or the type of house,” explained Dodd.

Mayor Mary-Ann Booth labelled the completion of the report a “historic event,” adding it was an issue that had been talked about in the community “for at least 20 years.”

“Our housing priorities are evolving,” she said.

“We know that we must move forward as a community. We cannot return to the past. This group has done a commendable job of recognizing that fact and seeking the middle road.

"Their proposals seek to maintain the essence of neighbourhood character while encouraging the gentle densification that we need to expand our housing stock in this way. Not everything can be legislated by council, and these proposals, recognize the importance of being a good neighbour.

Now that council has received the information, staff has been directed to report back to council with a plan to implement the policies and guidelines regarding the recommendations at a later date.