West Vancouver on the eve of change

After spending much of the last two decades at a relative standstill, West Vancouver is on the eve of change. District of West Vancouver council has approved a new official community plan that foresees the population growing by 10,000 people by 2041.
Jun 21, 2018 3:13 PM By: Brent Richter 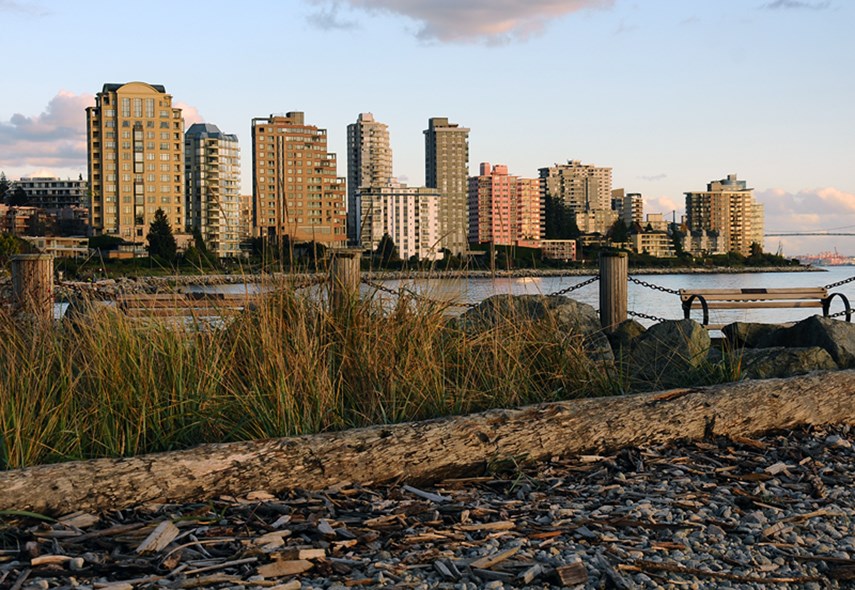 After spending much of the last two decades at a relative standstill, West Vancouver is on the eve of change.

District of West Vancouver council has approved a new official community plan that foresees the population growing by 10,000 people by 2041.

District staff estimate the municipality will add another 5,000 units of housing over the next 25 years, most of them clustered around already existing village centres like Ambleside, Dundarave, Taylor Way and Horseshoe Bay, although the total number of new units in those areas will be subject to future local area plans made in consultation with the community. Council is also planning a new village centre to be constructed off Cypress Bowl Road. Other new forms of housing will include infill like duplexes and coach houses, townhouses and triplexes.

The overarching goal of the guiding document is to make West Vancouver a hospitable place for demographics that have been disappearing – young families, local workers and downsizing seniors – as well as stimulate the local economy and protect the environment. It also lays out strategies for getting more people to make trips on foot, bike or transit and suggests the possibility of a new bridge over the Capilano River.

West Vancouver hasn’t updated its OCP in 14 years and, according to the last census, was one of only two Lower Mainland municipalities where population fell.

The new plan, which has been in various stages of community consultation for almost two years, was mostly well received at a two-hour public hearing Monday night.

Those who spoke against approval warned council against allowing densification to harm the quality of life in their neighbourhoods. Others doubted whether the OCP, if acted upon, would be successful in mitigating the traffic congestion drivers already face at the Lions Gate Bridge.

Council’s approval, however, was unanimous.

Coun. Nora Gambioli eagerly cast her vote saying it was the “single most important motion” that had come before council in her six and a half years since getting elected.

“We’re finally acknowledging that the sustainability of our community demands that we have housing options for young people, for seniors and for those who work in our community,” she said. “This OCP is a progressive and compelling guide for building a healthy community for everybody over the long term.”

“When viewed from the perspective of West Vancouver’s rather conservative history, I think this document is very, very significant and I’m proud of the community. I’m proud because so many of you have spoken up – so many of you obviously care deeply about the community and so many people obviously get it. They get the challenges that we’re facing and they get that we have to do something different that we haven’t done before in West Vancouver. We can’t just keep doing the same-old, same-old,” he said.

Coun. Mary-Ann Booth agreed, saying the OCP would give council the tools to tackle a number of regrettable changes already underway – the disappearance of the middle class, the loss of businesses, the lack of housing options, difficulty attracting employees and climate change.

“Whether we like it or not, we are facing significant changes, significant pressures and that’s why we’re so anxious to move this document along,” she said. “We have challenges. Doing nothing is not an option. Doing what we did before no longer works. ... The majority of our community is really urging council now to move forward so I am going to listen them.”

“The document is completed but the journey for us as residents has only just begun and the devil is in the details,” she said, referring to the local area plans, which she hoped would reflect the views of current residents. “Because it is their quality of life that is going to be impacted at the end of the day and I do believe in serving the needs of those who are here over the needs of those who we hope to come.”

Coun. Bill Soprovich also cast doubt on whether allowing West Vancouver to grow would achieve any of the goals his colleagues hoped it would, particularly about whether West Van would ever be affordable.

“Who are we doing this for? Is it for West Vancouverites? No, it’s for the world. Everybody will come. ... I don’t want to sell West Vancouver citizens down the river for developers’ delight,” he said. “Don’t get me wrong. We need some density in this town but how it’s done and who it’s for is vitally important to me.”

Coun. Peter Lambur stressed that the OCP is very high level and there is still more detailed study and consultation needed, including a housing needs study, local area plans, neighbourhood character guidelines for single-family homes, a housing action plan that focusses on both market and non-market rentals, and the use of municipal lands for affordable housing, more data driven transportation analysis and meaningful greenhouse gas reduction policies.

“All of this is to say the OCP that’s before us is a good start,” he said.

“I’ve lived in West Vancouver for 63 years and I’ve seen a lot of change but the one thing that doesn’t change is the essence of the community remains the same. We’re still a rural feeling community, enjoying the spectacular location we have between the ocean and the mountains and it’s great place to live. That’s always been the essence of West Van for the last 100 years and I’m sure it will continue for hundreds of years or in perpetuity,” he said. “I think we’ve got 95 per cent plus of the community who are all saying let’s get on with these housing issues and everything else and let’s have a complete community.”