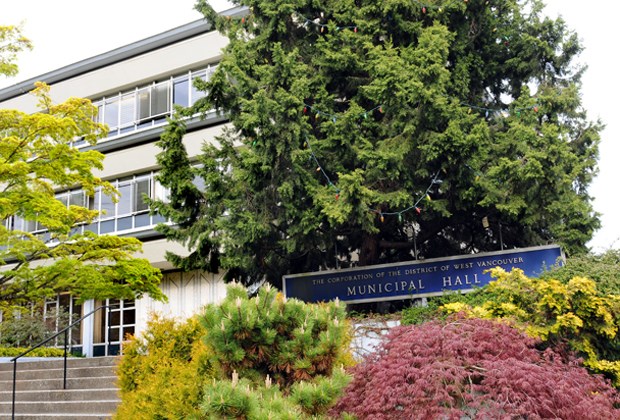 West Vancouver’s mayor and council have formally called on the province and federal government to rein in real estate speculation – and they’re asking other municipalities to get on board.

Council unanimously passed a motion Monday night, recognizing the Lower Mainland’s affordability crisis and the role real estate speculation, “particularly by foreign investors,” is having on it. The motion goes on to call for “immediate action to discourage speculation” and to “ensure foreign real estate investors pay a fair share of provincial and federal taxes.”

The motion is scheduled to be considered later this year for formal adoption by the Union of B.C. Municipalities and the Federation of Canadian Municipalities, the groups that formally lobby senior levels of government on behalf of city councils.

The motion came from Couns. Mary-Ann Booth and Craig Cameron, who stressed the unprecedented rise in local land costs is doing more harm than good.

Bidding wars and rabid flipping has chased middle- and even high-income residents out of the market, caused assessments to spike and exacerbating traffic woes as workers are displaced into the Fraser Valley, the two argued.

“Back when I bought my first house, the price-to-income ratio was around 3:1 and that’s affordable. ... The affordability ratio right now is about 13: 1. ‘Seriously unaffordable’ is 5:1 so this is a crisis,” Booth said, noting that even doctors and lawyers find themselves shut out. “This isn’t right. This isn’t fair and it isn’t the kind of community that we want. We don’t want to be a resort town for the rich with vacant houses.”

Booth rubbished the notion that concern over foreign investment driving up real estate costs was just racism in disguise.

“My experience is that West Vancouver is a really welcoming community, actually,” she said. “This is not an issue of race. It is an issue of wealth or economics and the same approach would be applicable no matter where foreign capital was coming from.”

The province’s typical response to requests like West Vancouver council’s has been to insist municipalities address affordability by increasing density, but the problem can’t be solved on the supply side alone, Cameron said.

And, Cameron warned, there may be even more risk in failing to act, noting the Bank of Canada, academics and economists have started sounding warnings about our housing market.

“The longer we leave this bubble to grow, the more severe the impacts will be when and if it collapses,” he said. “We ignore it at our peril and there are going to be very serious social, economic and other effects in the medium to long-term if left unchecked.”

Coun. Christine Cassidy struggled with the motion due to her belief that government has no place meddling in the free market, and that home ownership is neither a necessity nor a right. But, she cast her vote in favour because the motion addressed the issue of so-called satellite families – ones where one parent and the children live in Canada full time while the breadwinner works full time overseas, thereby avoiding capital gains and income taxes.

“They have virtually no income and yet they live in multimillion dollar homes. They’re not paying the same semblance of taxes as Canadians are and they’re using and abusing our social system. To that, I adamantly object.

“I think it’s time the Canadian government woke up.” she said. “This is a fabulous country and somehow we’ve allowed ourselves to be sold down the river.”

Any new taxes collected could be spent on affordable housing measures, Cassidy added.

Mayor Michael Smith too supported the motion – but gave council a dose of realpolitik, warning not to expect much of a response from either level of government.

“We’ve been making the situation crystal clear for a couple of years, at least. The government knows what’s going on and the bottom line is, money talks.

They’re making hundreds of millions of dollars in extra money ... through the property transfer tax,” he said.

“I’ve hammered away on our MLAs every time I see them. I’ve talked to our MP and the reality is, they’re just not prepared to take any action because senior governments are profiting quite nicely from this.”

Before the vote, a handful of council watchers came forward to applaud Booth’s motion. Coun. Nora Gambioli said they too need to lobby the higher-ups in government.

“You need to write to your MLAs and your MPs about this. What we do here tonight is not enough and they need to hear from the grassroots and as many people as possible to make this happen,” she said.

Coun. Michael Lewis was absent from the meeting due to an illness.