A West Vancouver grandmother has launched a lawsuit against Airbnb after a booking for a family vacation in Ottawa to celebrate Canada’s 150th birthday instead served up a frat house atmosphere where pot smoke wafted through her rental suite and doze
Mar 6, 2018 3:25 PM By: Jane Seyd 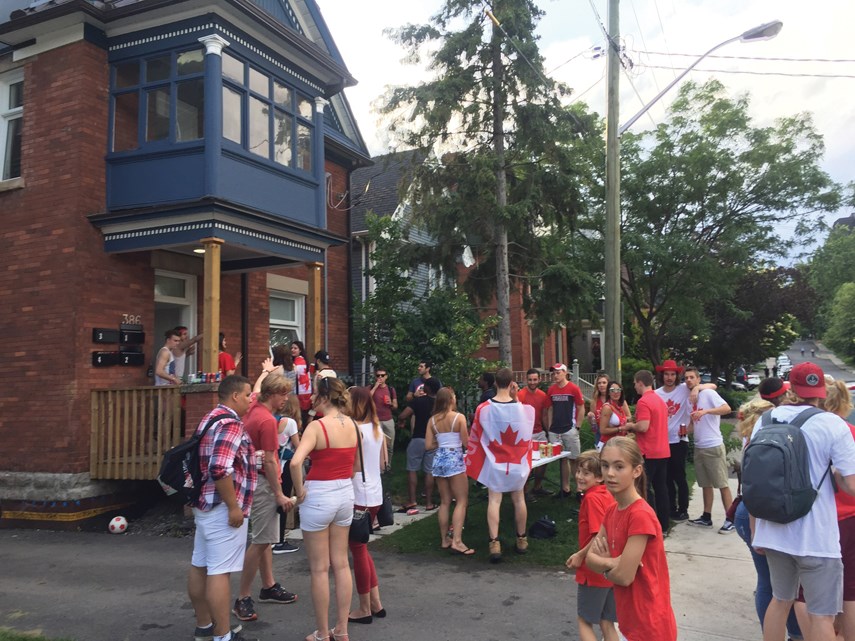 A West Vancouver grandmother has launched a lawsuit against Airbnb after a booking for a family vacation in Ottawa to celebrate Canada’s 150th birthday instead served up a frat house atmosphere where pot smoke wafted through her rental suite and dozens of partygoers showed up to play beer pong outside.

When she complained, said Joan Gibbs, she got little response from the company’s head office – until she went public with her complaint.

“It appeared they didn’t care,” she said.

This week, Airbnb sent Gibbs a refund of more than $6,000 for the full amount of the stay her family booked in Ottawa.

But Gibbs, a 79-year-old grandma and former bed-and-breakfast operator, remains unimpressed and says the company still owes her for costs to switch accommodations and to file the small claims lawsuit in North Vancouver provincial court.

She said she wants the public to know “if they have an issue, Airbnb can’t be counted on.”

Gibbs first booked accommodation in Ottawa for her family through the online hosting site a year ago, with the idea that Canada’s 150th celebrations would make for a memorable holiday with her children and five of her grandchildren, aged two to 10.

It turned out she was right – it was memorable, but not in a good way.

After finding Ottawa hotels heavily booked, Gibbs searched out and found what appeared to be a perfect option, close to the Parliament Buildings.

When she went to pay for the six-bedroom three-bathroom suite online months before the scheduled trip, however, the daily rate changed, said Gibbs, from an advertised $489 to $1,956 plus cleaning and service charges. Later, she found out the suite wasn’t downtown but much further away.

Soon after the family arrived at the rental, marijuana smoke was wafting up from lower floors of the house into their suite, said Gibbs, forcing them to stuff towels under the door in an attempt to block it. The next night, late-night revellers kept the family awake from 2 a.m. to 5 a.m.

The final straw was when the family arrived back from Canada Day celebrations July 1 and discovered a party underway outside.

“They were playing beer pong on the front lawn,” she said. “I realized we couldn’t stay there.”

“My Ottawa friends later described the area as a university pot ghetto,” Gibbs wrote in her statement of claim.

Gibbs found a hotel for her family for the remaining two nights of their stay.

But when she complained to Airbnb about the booking, Gibbs said she got little satisfaction. While the host refunded a half day of her pre-paid bill for the trip, the company was reluctant to deal with it further – something she said she wouldn’t have encountered at a hotel.

Gibbs said she also took issue with a company spokesman suggesting partying was to be expected in Ottawa during the 150th celebrations.

In response to Gibbs’ complaint, Airbnb spokeswoman Lindsey Scully issued a statement from the company, noting that “negative experiences are extremely rare” and that Airbnb has now issued a full refund for the trip.

“We work hard to make sure every guest has a great experience on Airbnb and want to make it right when things don’t go as expected,” the statement read.

Airbnb also offered Gibbs a $250 voucher for use towards a future stay, but Gibbs said she won’t be taking the company up on that, noting Airbnb only issued the refund after she went to the media.

“The only thing they’re afraid of is the publicity,” she said.