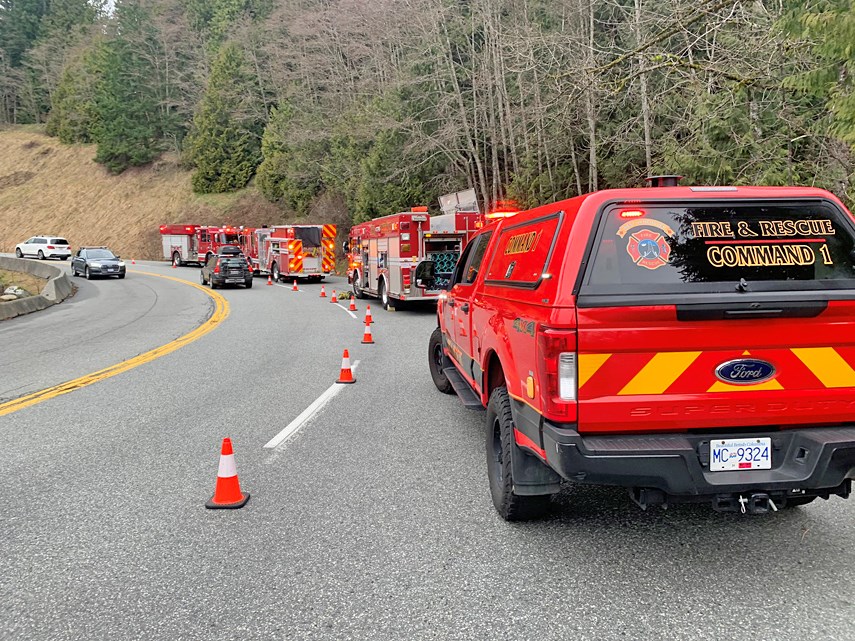 West Vancouver firefighters along with BC Ambulance paramedics on scene at the first lookout on Cypress Bowl Road following reports of an injured mountain biker Saturday. @WestVanFireDept via Twitter
Emergency crews were on scene around the first lookout along Cypress Bowl Road after responding to a call involving an injured mountain biker midday today (Jan. 16).

West Vancouver Fire and Rescue Services dispatched two engines and a rescue vehicle at approximately 12:30 p.m. Saturday after getting a call that a 16-year-old male had injured himself while biking on the “Meat Sweats” trail on Cypress Mountain, a 1.3-kilometre unofficial trail that descends more than 350 metres.

The trail is described as a “very difficult” Black Diamond run, according to Trailforks.com.

The youth’s friend called emergency services after the victim took a nasty fall while biking and appeared to badly injure his ankle and was unable to get off the trail without assistance.

They packaged up the injured teen and brought him off the trail to awaiting BC Ambulance personnel, who then transported him to Lions Gate Hospital.