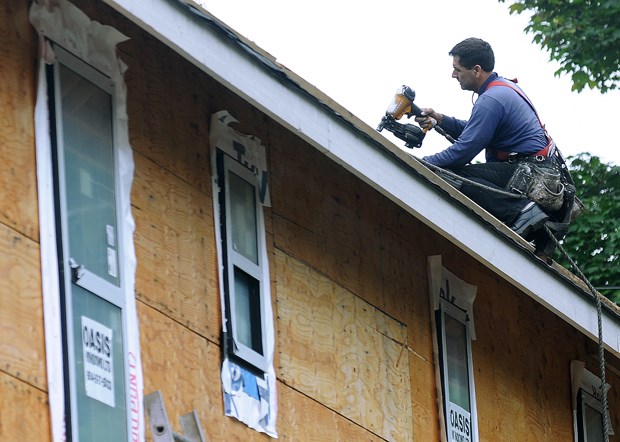 District of West Vancouver council is about to get a lot choosier about which development proposals it will consider as the municipality works on its official community plan review.

Council passed an interim zoning policy Monday night that prioritizes the update of the OCP and several neighbourhood plans and defers any projects “not consistent with current policies and priorities.”

The intent of the policy is to provide clarity for council, the public and developers, according to planning staff, who are already occupied with the current slate of projects. The various planning processes are tentatively scheduled to wrap up in 2018.

The interim policy does make exceptions for proposals where council already has a site-specific policy regarding last use, building height or density.

If there is no specific policy, the application should be compatible with neighbourhood character and form within the surrounding 400 metres, the policy states. Council may also consider projects that deliver “significant social benefit” like subsidized housing.

The Local Government Act states that municipalities must consider the applications submitted to them, although it does not specify any time frame, staff noted.

“We can’t have both. We have a fixed number of staff,” he said, adding it would make no sense to consider spot zoning that may conflict with a newly updated OCP. “You might as well not review the OCP. You might as well just do it on an ad-hoc basis. We committed to reviewing the OCP. That’s what we should do.”

Coun. Mary-Ann Booth agreed, although she warned against letting the OCP or local area plans languish.

“I am very, very concerned about the timelines and getting this done because we started in 2015 talking about the OCP. We’re already in 2017. We go to 2018, or 2019, and this is a five-year exercise and there are consequences of delaying these applications beyond that,” she said. “You can’t say we’re closed for business for three years or four years or five years while we’re working on our OCP. It’s not realistic and there are too many community needs that need to be met in the meantime.”

Coun. Christine Cassidy also supported the interim policy and stressed that developers are free to pitch projects that don’t require amendments to the OCP.

“We are open for business if you wish to do business within the context of our OCP,” she said.

Council is responsible for more than financial matters, she added.

Most vocal in opposition, however, was Mayor Michael Smith, who argued the district should be doing more to woo developers with projects that will help stem the out-migration of long-term residents.

Council had an easier time voting to allow housing for chickens than it typically does housing for people, he added.

“We have an exhaustive process to review projects and now we’re saying we’re not going to review any until we get the official community plan done?

At some point the nonsense has to end and common sense has to prevail and this council has to start acting in a business-like way.”