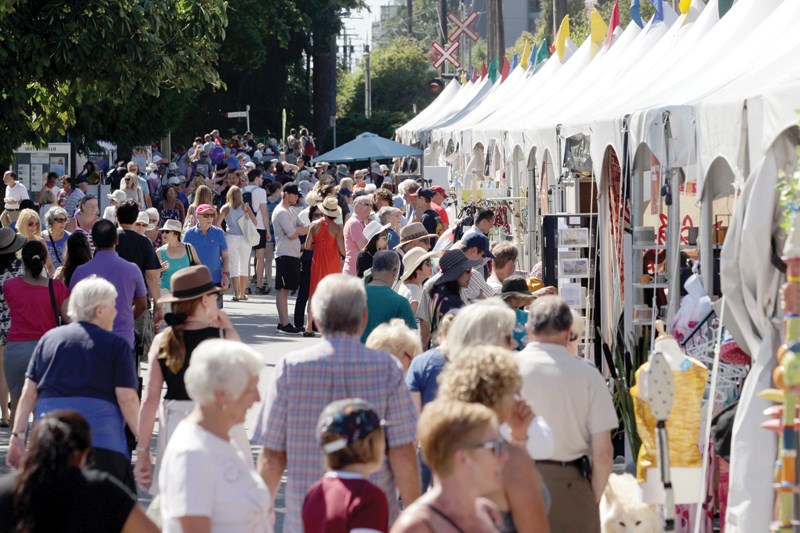 A passenger ferry pulls into a dock at Ambleside, full of day trippers who have come for a tour of West Coast Modern homes on West Vancouver’s heritage registry. A few blocks away, guests who are staying at a newly constructed boutique hotel mull their options for biking on local trails or shopping in Ambleside, followed by late-evening drinks at a gourmet tapas bar.

That vision of the future – and others like it – are at the heart of a new economic development plan for West Vancouver, which considers how to breathe new life into the municipality’s struggling business sector and diversify the local economy.

Key recommendations include positioning West Vancouver as a visitor destination, particularly for day trippers from within the Metro Vancouver area, by highlighting the municipality’s beaches, trails and other natural features along with cultural assets like artists’ studios, Modernist architecture, shows at the Kay Meek Theatre and local festivals.

Having a tourism strategy that taps into that just makes sense, said Coun. Mary-Ann Booth.

Other parts of the plan include encouraging business startups in emerging sectors like technology and film, taking stock of West Vancouver’s home-based businesses, encouraging a boutique hotel and provision of more short-term rental options for tourists, as currently only the Horseshoe Bay Motel offers tourist accommodation. The report also stresses the need for council to make land-use decisions that will support a vibrant commercial sector.

“There isn’t a single silver bullet,” said Stephen Mikicich, manager of economic development for the municipality.

Mikicich warned council, however, that success of any economic plan will depend on “the availability of land designated for commercial use,” noting only one per cent of West Vancouver’s developed land base is zoned commercial.

“If economic growth is not supported by future land use planning, it will be extremely difficult for West Vancouver” to progress beyond serving the immediate needs of residents, he said.

The economic plan was developed over the past two years with input from a variety of local business and tourism organizations, and help from students at the University of British Columbia’s Sauder School of Business.

Close proximity of outdoor recreation, a strong arts community, well-educated and affluent population and number of skilled professionals were all cited as West Vancouver strengths in the report.

Weaknesses include a shrinking middle class and a contracting, aging population, lack of housing and transportation for employees, lack of tourist accommodations and a general perception of the municipality as a sleepy bedroom community for the rich, where the sidewalks roll up at 8 p.m.

Most people who live in West Vancouver don’t work in the community and those who do work in the municipality don’t live in it, said Mikicich.

Established land use patterns have also been built on a sprawling, car-dependent model, said Mikicich. “A lot of the character and the things West Vancouverites value about their community was stamped in an earlier era,” he said.

In their discussion, council members acknowledged the need to diversify the economic base of the community.

Booth said she recently attended a show at the Kay Meek Theatre that was “fabulous entertainment” but found the theatre only “half full.”

“We can’t take these services for granted,” she said.

Mayor Michael Smith echoed those comments. “If we don’t address the issue (of economic development) we’re going to lose our business community,” he said. “Change has to happen. We have to have newer buildings and have to have more density in Ambleside.”

Smith said restaurants are the heart of any commercial area and those businesses want to move into new buildings, not dilapidated old ones.

“Seventy-five per cent of those buildings in Ambleside are crap. . . . They should be knocked down,” he said.

“We need to re-harness our energy to get business going,” he said. “. . . Otherwise we’re not going to have it.”

A North Van artist is stitching together a tribute to Lynn Valley following stabbing tragedy
May 13, 2021 8:05 AM
Comments