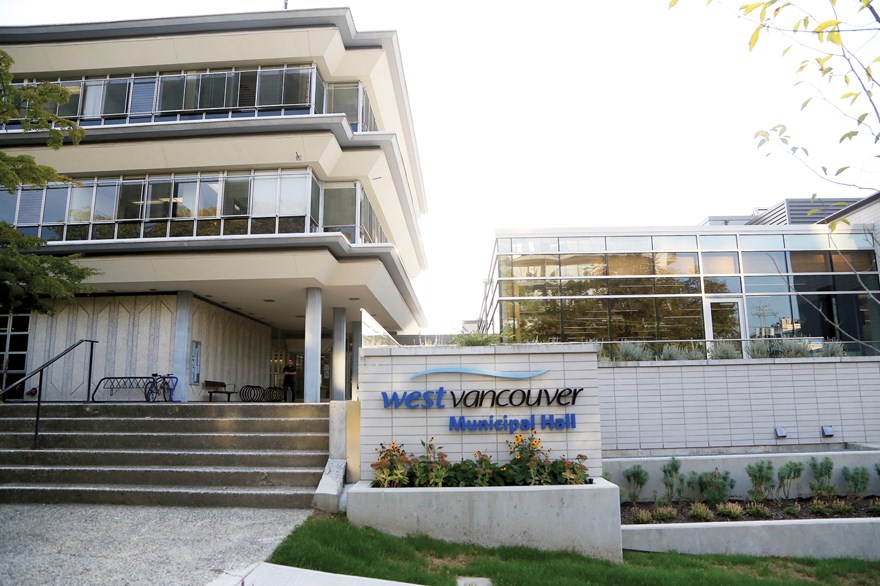 Council voted on first reading of a rezoning bylaw and scheduled a public hearing for a mixed affordable rental/market strata project. including a seniors’ day facility.

The district purchased the land in 2014 for $16.7 million. After public consultations in 2018 and 2019, council asked staff to draw up a rezoning plan to include 217 units of housing in two six-storey rental buildings on the northern portion of the site, and one eight-storey strata building on the southern portion.

The 167 rental units would be offered, on average, at 70 per cent of the market rents for comparable units in West Van, putting them in range of moderate-income earners currently priced out of the district.

Unlike most rezonings, however, there isn’t a developer waiting with a fully designed project and contractors ready to go. Instead, council will put out a request for proposals seeking developers to build out the pre-zoned land.

It will then be up to council to select a winner and send their project to a development permit vote, which likely won’t happen until sometime in early 2021.

Staff expect they should be able to get the below-market rental units built at no cost to district residents and still collect $26 million in revenue from the strata units, either from a long-term lease or sale of the land.

Staff advised council to proceed with the plan because it balances the district’s affordable housing goals and getting a return on the original investment.

Coun. Craig Cameron said the rezoning would be the most effective thing council could do to reverse the exile of young people, seniors and people who work in West Vancouver.

“It’s longstanding. It’s persisting. It’s getting worse,” he said of the unaffordability crisis. “This is exactly the type of project that will make a meaningful difference. To abandon or not support a project like this is, in effect, to exclude others and to expel those who can’t fit into the unaffordable housing mix that we have.”

Coun. Marcus Wong also spoke to the need for making his hometown a place for people his age.

“I feel very compelled that part of my mandate is to help address the affordability crisis in West Vancouver. I look at my peers I went to high school with and virtually none of them still lives in West Vancouver, or can,” he said.

Debate over the project was tame until Coun. Peter Lambur introduced a motion that would have taken away the requirement for two northern buildings to be all rental, arguing it would give developers more flexibility and bring in more revenue.

“I’m all for affordable housing. I’m all for all of the wonderful things that we do, and we will achieve that to some extent. The debate is over what the appropriate balance might be,” he said.

That provoked accusations from Cameron that he was “mouthing platitudes about affordability” while trying to “eviscerate” the affordable housing in the project.

Coun. Nora Gambioli agreed and said the last-minute attempt to change the project was particularly galling.

“This amendment is sabotaging the work of staff over the past four-and-a-half years, the work of council and all of the money that council and taxpayers have already spent on consultants,” she said.

Coun. Bill Soprovich also reminded Lambur that the proposal before council was the one they had crafted themselves.

“We came to a conclusion here — a sensible conclusion,” he said.

Lambur wasn’t alone though. Coun. Sharon Thompson said she wasn’t comfortable leaving so much money on the table when COVID-19 is expected to hurt the district’s finances.

“Given the big financial setback we have, I’d like to say it’s almost irresponsible not to try and optimize the value of this property,” she said.

Mayor Mary-Ann Booth retorted that would make council no different than private developers while achieving none of council’s affordability goals.

“Now we’re in the driver’s seat. We’re the developer and guess what? In my mind, the community’s needs are more important than getting maximum dollars. We’re still making a very good return, or we hope to, so we are doing our job of oversight,” she said.

Booth said she recently spoke with a Lions Gate Hospital COVID-19 nurse who has faced a series of evictions from West Vancouver basement suites and now shares a one-bedroom apartment with her daughters.

“When that landlord kicks them out, and she’s been kicked out three times, she has nowhere to go, and you know what? Those are the people that I have to look in the eye tomorrow,” she said.

Lambur’s motion went down to defeat and the majority on council voted to send the rezoning to public hearing, which will be held on July 14 at 6 p.m.