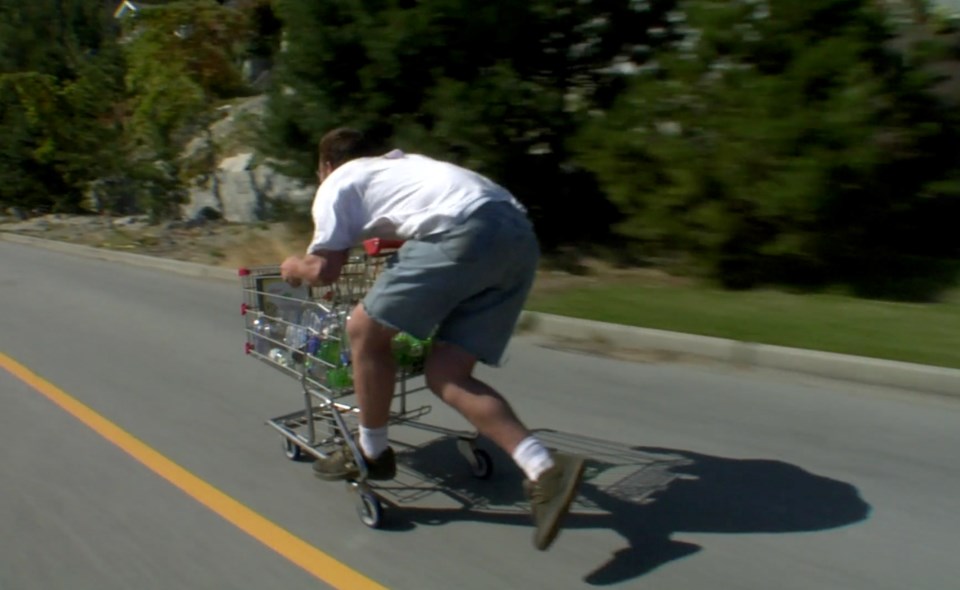 The Leo Award-winning feature Carts of Darkness was recently made available to subscribers of Amazon Prime video, garnering a new audience for the film which has been available to watch for free on the National Film Board of Canada's website for the past few years.

Released in 2008 by filmmaker Murray Siple, the film chronicles a group of men experiencing homelessness in North Vancouver, who participate in the extreme sport of shopping cart racing down the municipality's steep hills.

Siple worked as one of the first extreme sports filmmakers in Canada before a 1996 car accident paralyzed him from the waist down, sidelining his career for about a decade.

His comeback began with the release of this film, which won Best Documentary Program at the 2009 Leo Awards, along with five other nominations.

Since its release, he has been working as a visual artist selling paintings, and he recently announced an upcoming project that involves digitizing extreme sports footage he captured in the 1990s.

While you're waiting for that, you can watch Carts of Darkness in its entirety below, or on the NFB website, or Amazon Prime if you have it on your TV.

Carts of Darkness, Murray Siple, provided by the National Film Board of Canada

With files from Jennilee Marigomen