The District of West Vancouver is set to create an official code of conduct for council members after this...
Nov 3, 2020 10:33 AM By: Elisia Seeber 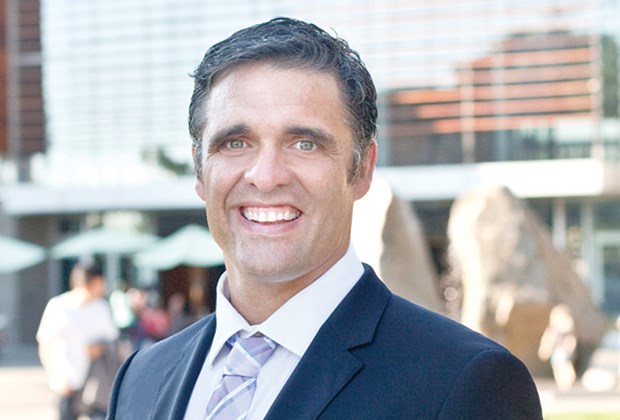 The District of West Vancouver is set to create an official code of conduct for council members after a councillor’s crude erection comment on Twitter, aimed at Vancouver billionaire Chip Wilson, offended community members.

Earlier this month Coun. Craig Cameron took a shot at the Lululemon founder on Twitter over an article he had written criticizing employees at Mountain Equipment Co-op.

Speaking at the district’s general meeting on Monday night, Cameron said he sincerely regretted the language he used in the deleted Twitter post –  "Chip would be better off playing with his erection rather than meddling in the election."

“I found his criticisms of MEC employees as being ‘too diverse or paid too much’ coming from a white billionaire to be absurd and I said so,” Cameron explained during a formal apology.

“In an attempt at humour I then made a reference to an essay he wrote about erections, which was recently the subject of discussion and amusement.

“It has quite understandably offended a number of West Vancouver residents.”

The “erection joke” tweeted by Cameron was referring to a rather bizarre essay Wilson had written on his blog "Alternative POV by Chip Wilson" titled Are Erections Important?

The eyebrow-raising blog post surfaced in May last year after it was noticed by CBC civic affairs reporter Justin McElroy. The essay, which has long been removed from the blog, described what Wilson viewed as the “feminization of men,” and expressed his “concern for the future of mankind.”

Cameron said it wasn’t his intention to offend anyone.

“Ironically, in responding to what I deemed to be offensive comments by Chip against MEC, I ended up causing offence myself,” he said.

“I should have anticipated that my comment would reach beyond those who are familiar with Chip’s own writings on the subject. More importantly, I should have expressed myself in a more civil manner.”

The district received a number of letters complaining about Cameron’s comment, requesting he receive training on how to conduct himself.

He labelled the community backlash as a “a wake-up call,” saying he had realized he was becoming too comfortable with the banter on Twitter.

“As people have correctly pointed out, the position that I hold relies on the community's trust and in my ‘off time,’ I must remain mindful that I am viewed as a representative of West Vancouver.

“I'm truly sorry for the impacts my comments have had.”

While I appreciate the support in this thread, I shouldn’t have expressed myself in a crude way. I’m an elected official & have to be mindful that I represent #westvan even in my “off” time. Even if it not intended, I’ve legitimately offended some people & I’m sorry for doing so. https://t.co/YQbwhdVKpu

In response to Cameron’s behaviour, Mayor Mary-Ann Booth put forward a motion to introduce an official code of conduct for members of council. Once complete, it will serve as an external statement of expected standards of professional conduct and a benchmark for organizational performance to be measured.

“Civil discourse is vitally important as part of our work and we can't expect others to treat us respectfully if we don't model respectful behaviour,” she said at the general meeting.

“While everyone has the right to freedom of expression, that must be balanced against what is appropriate for an elected official. We are held to a higher standard and we are never entirely off duty.”

The proposed code of conduct motion was added to last night's regular council meeting agenda as new business. Council voted unanimously for staff to move forward with creating a report on what the code of conduct would include, which will return to council at a later date.