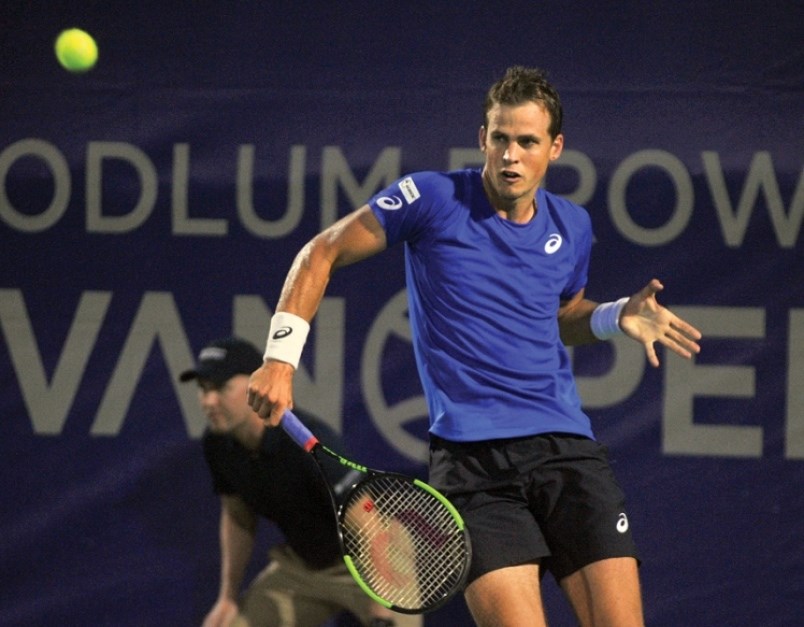 One of the biggest annual events on the North Shore sports calendar has been cancelled for the second straight year due to the COVID-19 pandemic.

The Odlum Brown VanOpen professional tennis tournament, scheduled for mid-August at West Vancouver’s Hollyburn Country Club, will not be held in 2021. Tennis Canada announced the cancellation Friday (April 16), along with the cancellations of other Challenger level events in Winnipeg, Saskatoon, Granby, Calgary and Fredericton.

“Challenger events such as these that involve international participants are a complex and expensive undertaking and this weighed heavily in the decision to cancel, a decision that was difficult for Tennis Canada and the respective organizing committees to come to,” stated Tennis Canada’s Eugene Lapierre in a release. “It is particularly disappointing as their cancellation represents lost opportunities for Canadian players to earn valuable ranking points. However, we know these events will be back even stronger than before in 2022, through the hard work of their dedicated, passionate and knowledgeable organizing committees in collaboration with their valued partners.”

The VanOpen boasts an illustrious alumni list including Bianca Andreescu, Milos Raonic, Eugenie Bouchard, Maria Sharapova and Andy Murray, and is known as one of the top Challenger level events on the circuit. In 2017 and 2018 the VanOpen was named Tournament of the Year by the ATP Challenger Tour.

“While it is unfortunate to cancel the largest tennis event in Western Canada once again this year, the health and safety of everyone involved is paramount," stated VanOpen chairwoman Carlota Lee. "We are thankful to our title partner Odlum Brown and our fans for their unwavering support during this challenging time. We look forward to our tournament returning to the courts at Hollyburn Country Club next year.”

Tennis Canada is still planning on hosting the men’s and women’s 2021 National Bank Opens in August, the country’s only ATP and WTA 1000-level events.