North Vancouver RCMP are investigating after a vandal sabotaged a Lower Lonsdale condo’s fire protection system, flooding five floors and putting dozens of people out of their homes.
Mar 28, 2019 2:35 PM By: Brent Richter 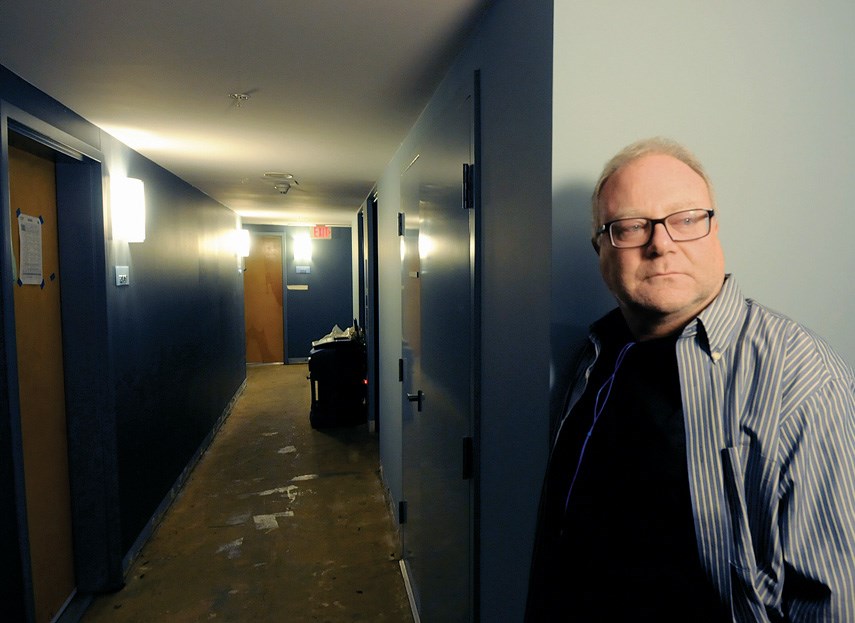 North Vancouver RCMP are investigating after a vandal sabotaged a Lower Lonsdale condo’s fire protection system, flooding five floors and putting dozens of people out of their homes.

The alarms at the Q building on the 100 block of West First Street triggered a response from North Vancouver City Fire Department just before 4 a.m. on March 22.

“Water could be seen coming out of the lobby and down through the elevator shaft,” said fire chief Dan Pistilli. “There was standpipe (rigid water piping) on the fifth floor stairwell that had been maliciously opened up, therefore causing flooding from the fifth floor down to the lobby.”

Crews shut off water to the building, allowed residents whose homes weren’t damaged to get back in, and notified the RCMP. The building is now in the hands of the strata’s insurer and a restoration company.

As a rule, in floods or fires the elevators have to be locked until they’ve been inspected and deemed safe. It took several days to get one of the elevators back in operation.

Q resident Gord McIntyre said it has been difficult for the remaining residents above the fifth floor, including several people with severe mobility issues – seniors, people in wheelchairs and people undergoing chemotherapy.

McIntyre said he’s offered to fetch groceries and take the garbage out for people unable to use the stairs.

While they wait to see what the final damage bill will be, McIntyre said the building’s residents are left to wonder why.

“It doesn’t make sense,” he said. “It just sounds like wanton stupidity, and probably not even realizing the damage that he could do.”

The same building was targeted for a break-in by mail thieves, although McIntyre said there is no indication the events are related.

“Unfortunately, these people are stuck on their own to get alternate housing. It’s really difficult,” he said.

“In my 30-year career, it has happened. It causes a lot of damage. It inconveniences a lot of people and puts a lot of people at risk as well,” he said. “It typically takes months for the restoration to be completed, depending on the extent of it, for people to get back, re-established within their homes.”

Anyone with information about the incident is asked to contact North Vancouver RCMP.